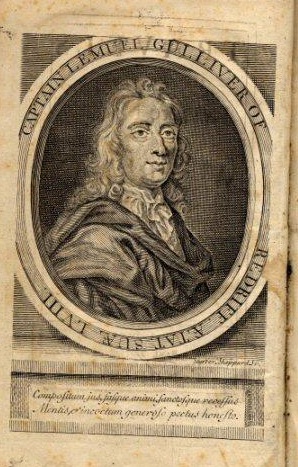 Chapter 1
A severe storm. Driven before the wind, Gulliver finds himself cast upon a strange shore. Discovers it to be the Island of Borborygmus.

Chapter 4
Gulliver transported to Borborygmus capital in a foul-smoke-emitting conveyance. Pride of natives in this Stench Uttering Vehicle.

Chapter 6
Gulliver addresses Borborygmus Parliament. His flatulence and expectorating is much appreciated.

Chapter 7
Gulliver’s dramatic concluding fart before Borborygmus Parliament coincides with earthquake that brings the house down.

Chapter 8
Honoured as High Borborygmus for his impressive performance, Gulliver resolves to introduce gas and wind to the English Parliament.

Chapter 9
A sudden volcanic eruption propels Gulliver high into the sky. Carried south by winds he falls into the sea, is rescued by a whaler.

The word of the day on Artwiculate 1st September 2011 was Borborygmus, which seemed to me a very Swiftian word.