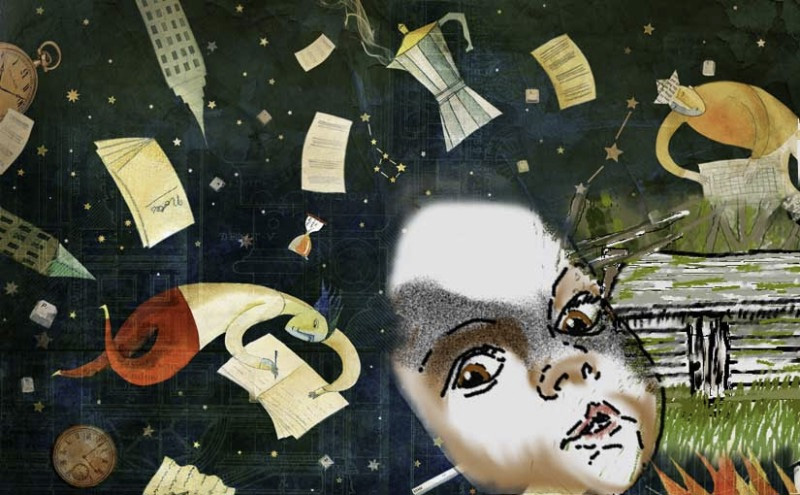 The judgement on Tala’s Story came in this week. Here is my analysis of the feedback the story received

The results of the First Round of the NYC Midnight Short Story Challenge came in this week – just before Round Two was due to start. Sadly, my fairy tale Tala’s Story was not good enough to let me advance to Round Two, but it did get an honourable mention. I also received feedback from the judges, which I want to share here.

Of course I was disappointed not to go through to the second round, but even rejection is a part of the learning process. I received the judge’s comments on Thursday and on Friday (after sleeping on them) I made the following analysis. If you’re interested to read further, you may want to re-read Tala’s Story first, so follow the link in this sentence or the previous paragraph. They’ll open in another window/tab.

The judges’ comments came in an e-mail in a rather compressed format. So, for example, the comment that the story was “flawless” was immediately followed by a list of it’s flaws! However, I think I’ve teased out the comments and see they were written by at least three different people with three different reactions to the story. Here are the comments.

WHAT THE JUDGE(S) LIKED ABOUT YOUR STORY

WHAT THE JUDGE(S) FEEL NEEDS WORK

Clearly this judgement comes from (at least) three different people. One seems to have unreserved admiration for the story, which is very, very gratifying. I was delighted with the comments that I had “honored the genre”, and that Tala’s Story “touches the heart and doesn’t condescend to either nihilism, cynicism, or sentimentality”. Also “I LOVE that the Seer doesn’t see any future as carved in stone, but gives power to individual choice in the flux of possibilities.” These things were what I was aiming for, so to have the judges recognise an achievement here is a huge affirmation. Thank you, those judges!

After taking a break from the story, and after reviewing some of the criticism I received on the public forum – long before the judges’ comments – I could already see the story was flawed. In its ending especially. The judges’ criticism helps point me in the direction of the most fundamental weakness: a poorly established progression to a somewhat confused ending.

The confusion at the end is exemplified in what one of the judges had to say about Tala’s father. The girl has two fathers. These are her biological father (the seer, who is killed by the villagers and whose spirit plagues them) and her legal father (who is the person responsible for turning her mother away and ultimately for causing her mother’s death). If the judge can’t tell which father it is Tala forgives at the end of the story, then obviously the story needs work to clarify that.

(I posted this analysis on the NYCM forums yesterday and this morning received a comment from another NYCM writer saying she doesn’t find a confusion over which of the fathers receives Tala’s forgiveness, so perhaps the judge was nodding.)

Two for the price of one

The second thing I take from the feedback is the comment that “This feels like 2 stories in one short story.” As the judge doesn’t spell out what they mean I am grasping after interpretations. I see that the story falls into two halves. In the one is Tala’s conception and birth and the deaths of the seer and her mother. In the other is the story of her own growth, her return to the place of her mother’s death and the forgiveness that ends the story positively. However, I don’t think that’s what the judge is reacting to.

I actually wrote three responses to the prompts (see here), abandoning the first two as I realised they were too long or too complicated. The final story inherited some elements from the earlier versions. The most obvious example is Tala’s relations with the wolves. Some true fairy tales do contain elements of other stories, hinting at longer, more involved versions with sub-plots that have been lost over the years. I thought the surviving elements from the earlier versions helped make Tala’s Story more believable as a fairy tale. I choose to assume this is what the judge picked up on and was uncomfortable with.

In retrospect I could have smoothed the story out. By losing the extraneous inherited elements I could perhaps have given myself more room to focus the story better.

One inherited element that isn’t perhaps intrusive but would have been good to change is Tala’s own name. It would have been better to have given her a name that suggests the ability to heal. She got called Tala when she was one of three sisters with different magical/inherited powers. Her ability to speak with animals was, in the end, not very relevant.

Two of the judges picked on a third problem. One judge writes: “…since the girl doesn’t know what she’s forgiving, it lacks gravitas, any moral weight or satisfaction.” Another writes: “What is the conflict or even the obstacle in the story? Is it about the daughter trying to forgive a people she doesn’t remember? If so, why should she care…”

These go to the story’s fundamental problem. I see now that I have not satisfactorily anchored the conclusion – Tala’s act of forgiveness – earlier in the story. Just at the moment I don’t see how I might have done this. It’s a challenge to take away and think about.

All NYC Midnight stories had to have a synopsis. This was the one I wrote for Tala’s Story:

Couched as a fairy story, this tells the story of Tala, a child born with a birthmark whose mother, desperate to save her marriage, enlists the help of a seer – a psychic, but the seer is murdered, the mother and child turned out and the village cursed as a consequence. Tala grows up in ignorance of her origins but eventually returns to the village, she may perhaps raise the curse if she can find it in her heart to forgive the villagers.

My first reaction to the criticism I received over the synopsis was dismissive. I know it was poor, and part of the reason was that I didn’t understand its purpose when I wrote it. I thought I was supposed to be identifying the prompts in the story I’d written and summarising the story as an aide-memoire for the judges. Once I realised the synopsis is actually intended as a baited hook to get a reader into the story, I knew I could have made a better job of it. But by that time I’d uploaded the story and though I had some time in hand, I didn’t think it was possible to make a change.

Overall, it seems as though I have achieved a positive and persuasive effect with my writing. None of the judges criticised my language and at least two praised me. (“Superb”, “richness”.) So my ability to write is not an issue. The problem lies in my ability to construct the story. Looking from the side, as it were, with the judges’ comments to hand, I think that if I can lay the ground earlier to establish why Tala would forgive her (legal) father – and what she thinks she is forgiving – then I will also be able to overcome the confusion and strengthen the ending. I think that would probably give me the material I need for a decent synopsis too. I hope eventually to re-write the story to make something more satisfactory out of it and submit it elsewhere.

4 thoughts on “Tala’s Story – The Judgement”