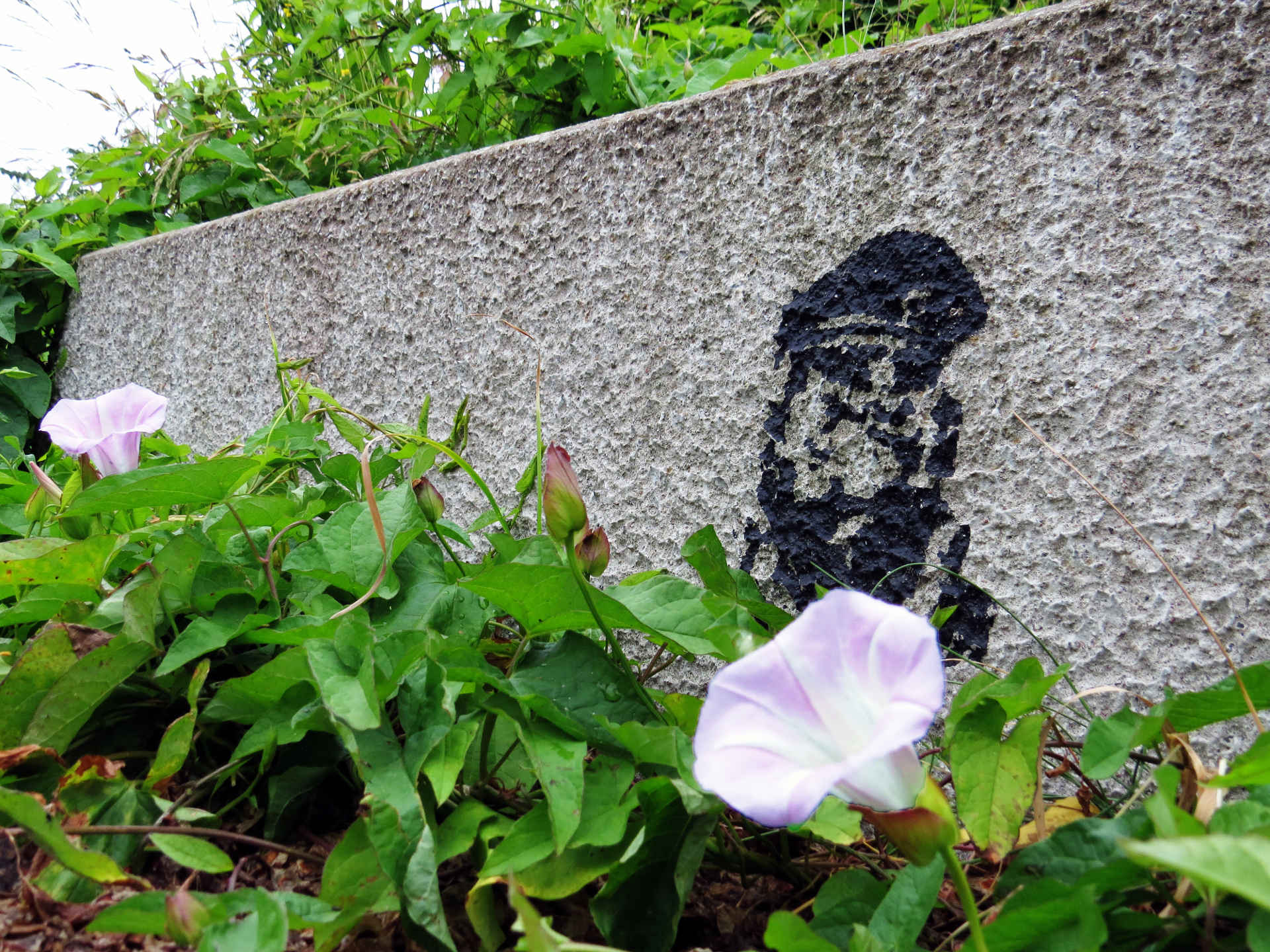 This week’s photo is a kerb-side stenciled image of Tintin character Captain Haddock involved in convolvulus. Bound up in bindweed. He doesn’t look happy, does he? I published this originally on GBG365 on 20th June 2013 and I took the photo earlier that same day.

It wasn’t spontaneous though. I’d been keeping an eye out for weeks. I can’t remember when I first spotted the stencil, but it must have been in the winter because I’d tried to photograph it before. But I was always disappointed at the way those shots turned out. It seems Captain Haddock really needs something to be annoyed about, a bare gutter won’t do. Then along came the spring and the summer quickly behind – as happens in Sweden – and there were the bindweed flowers.

If you want to see the spot for yourself, go to Inlandsgatan just where it makes a dog’s-leg climbing around Ramberget up from Lundbyleden as you head up to the roundabout before Gropegårdsgatan. Google Streetview says it’s at Inlandsgatan 21. An unnamed driveway. Just at present there’s a streetview image with a man pushing a bike up the hill. Look beyond the man to the low coping wall at the drive’s opening. You’ll see the Captain is still there.