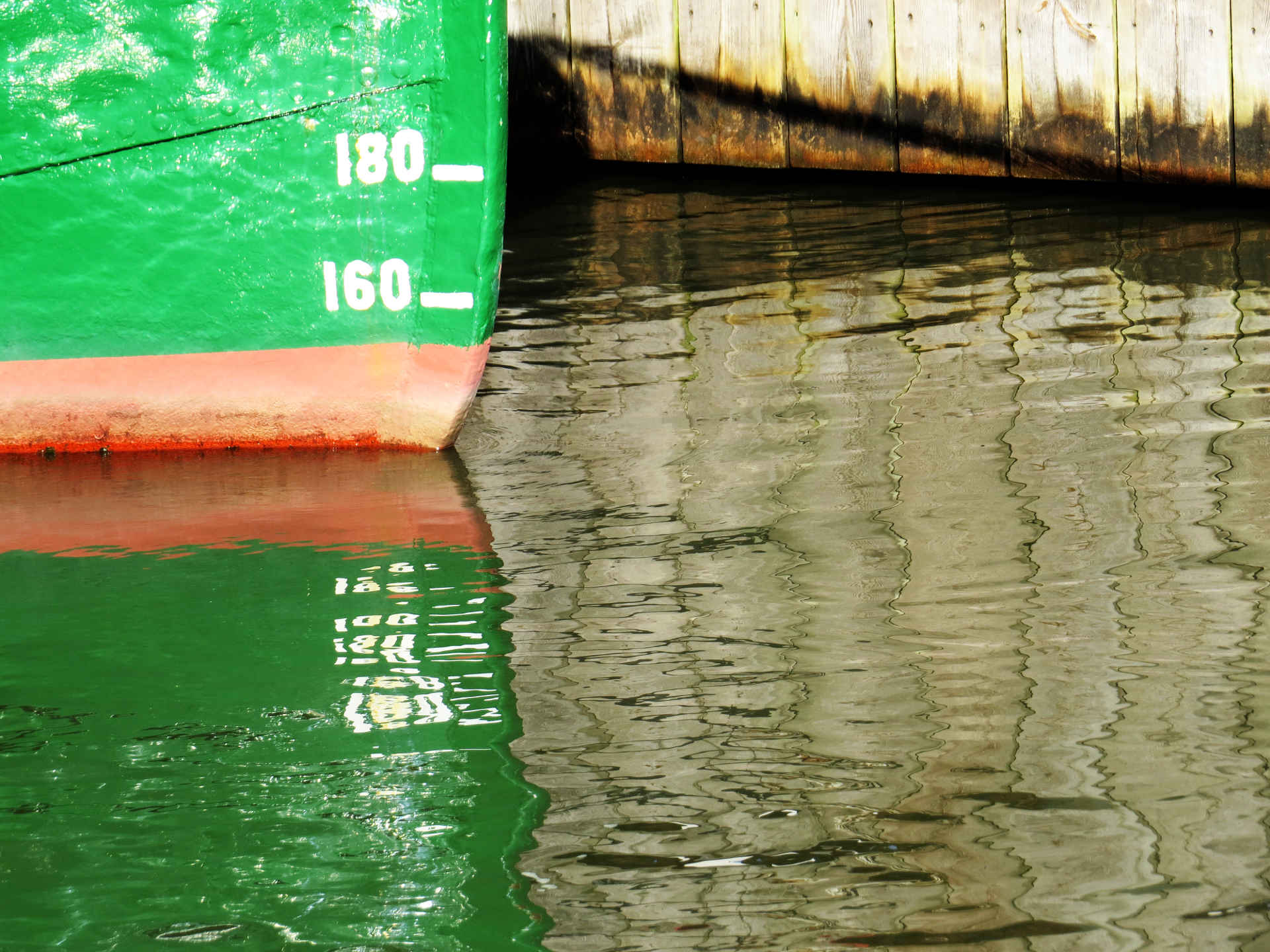 The numbers displayed are – I believe – the vessel’s draft at the bow. Though, if that’s the case (according to my sources) the numbers ought to be spaced one decimetre apart, not two. (170 is missing.) Perhaps this is an old fashioned usage.

The website for the Maritime centre describes Storm Princess as a towboat rather than a tugboat. I’m not really sure what the difference is – if there is one. Perhaps it’s just the difference in usage between British (tug) and US (tow). In both cases these little workhorses were used to move barges by pushing and pulling, and to assist ships.

Storm Princess was, it seems, in service from the date of her delivery until 1982. A working life of nearly three-quarters of a century. If we all could keep going so long – and then retire.

What attracts me to this photograph is firstly the colour scheme and then the reflections. (I’m a sucker for water reflections.) I’m also quite proud of the composition. The bow of the boat and its reflection occupy two fifths of the picture to the left (conforming to the rule of fifths). At the same time the red stripe of the lower hull – and it’s reflection – drop neatly into the left-hand side of the central band of the golden section. This is was a composition I made unconsciously in the camera viewfinder. There was no cropping after the event.