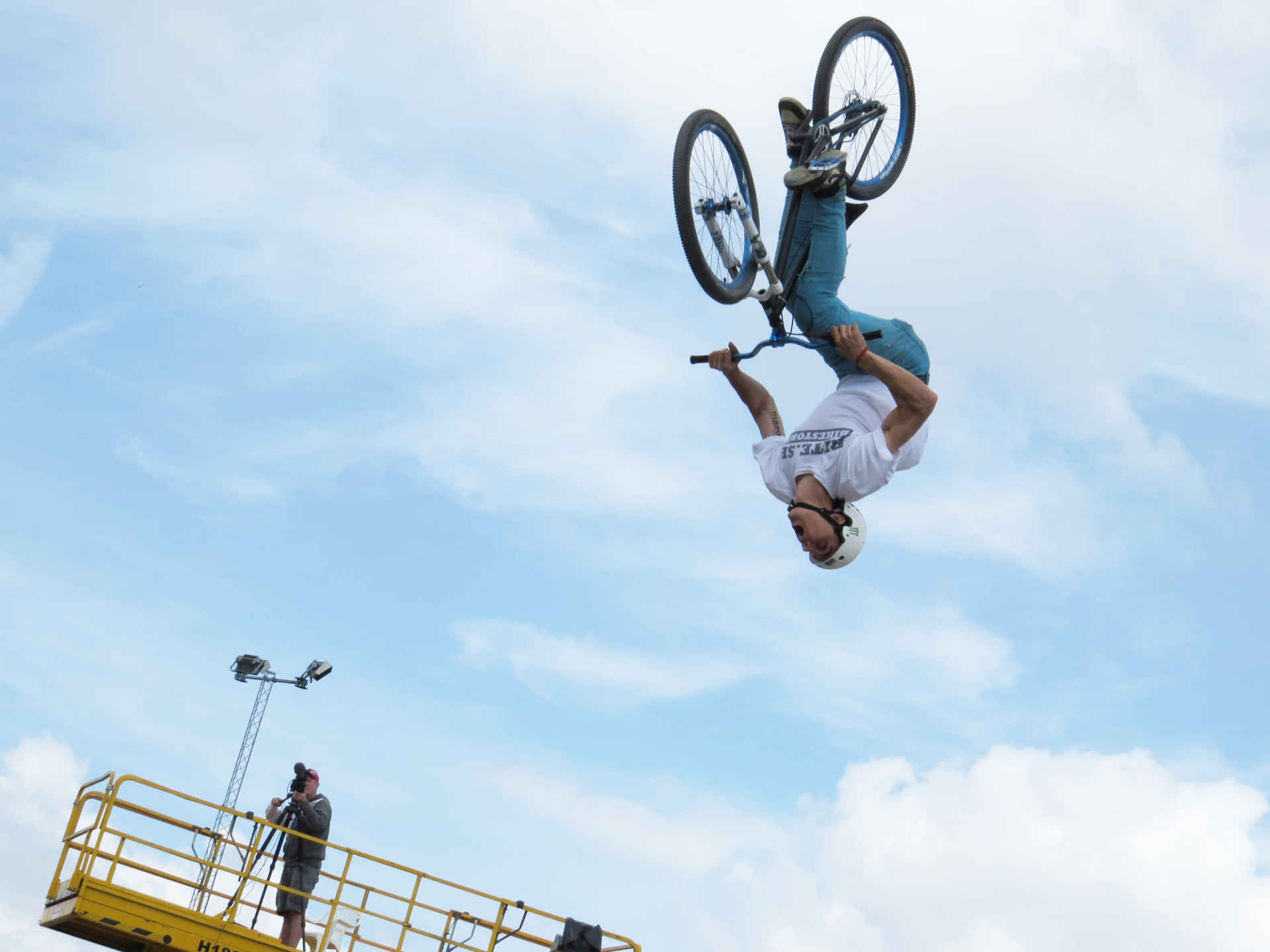 This bicycle jump competition took place at Heden in Gothenburg on Saturday 8th June 2013. I originally posted the picture the day after, on 9th June 2013.

Just as I’m no great shakes as an animal photographer nor am I much of an action photographer. The important thing about capturing good action shots is to have the camera set up properly, and pointing it in the right direction. The more predictable the action, the better chance you have of striking lucky.

In this case, the contestants were all following the same path and performing more or less the same mid-air somersault in more or less the same part of the sky. I ended up with a whole lot of photos that were out of focus or without a subject – and a few that were pretty good. In the end I chose this one because the sky was bright and the photographer on the scaffolding behind helps to establish that the bicyclist really is flying upside down.

It was a windy day high up in the sky – not so much on the ground which was probably good news for the competitors. Not much before I took the picture above, a dark rain cloud had been hanging over the jump and figured in the earlier sequence below. I’ve not published these three before, but today I thought, why not? 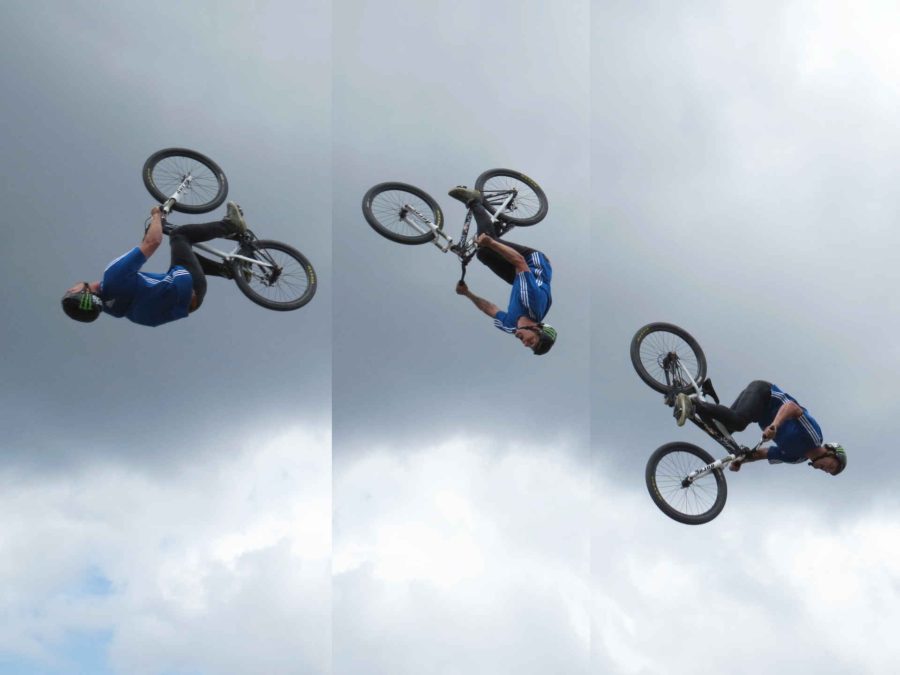