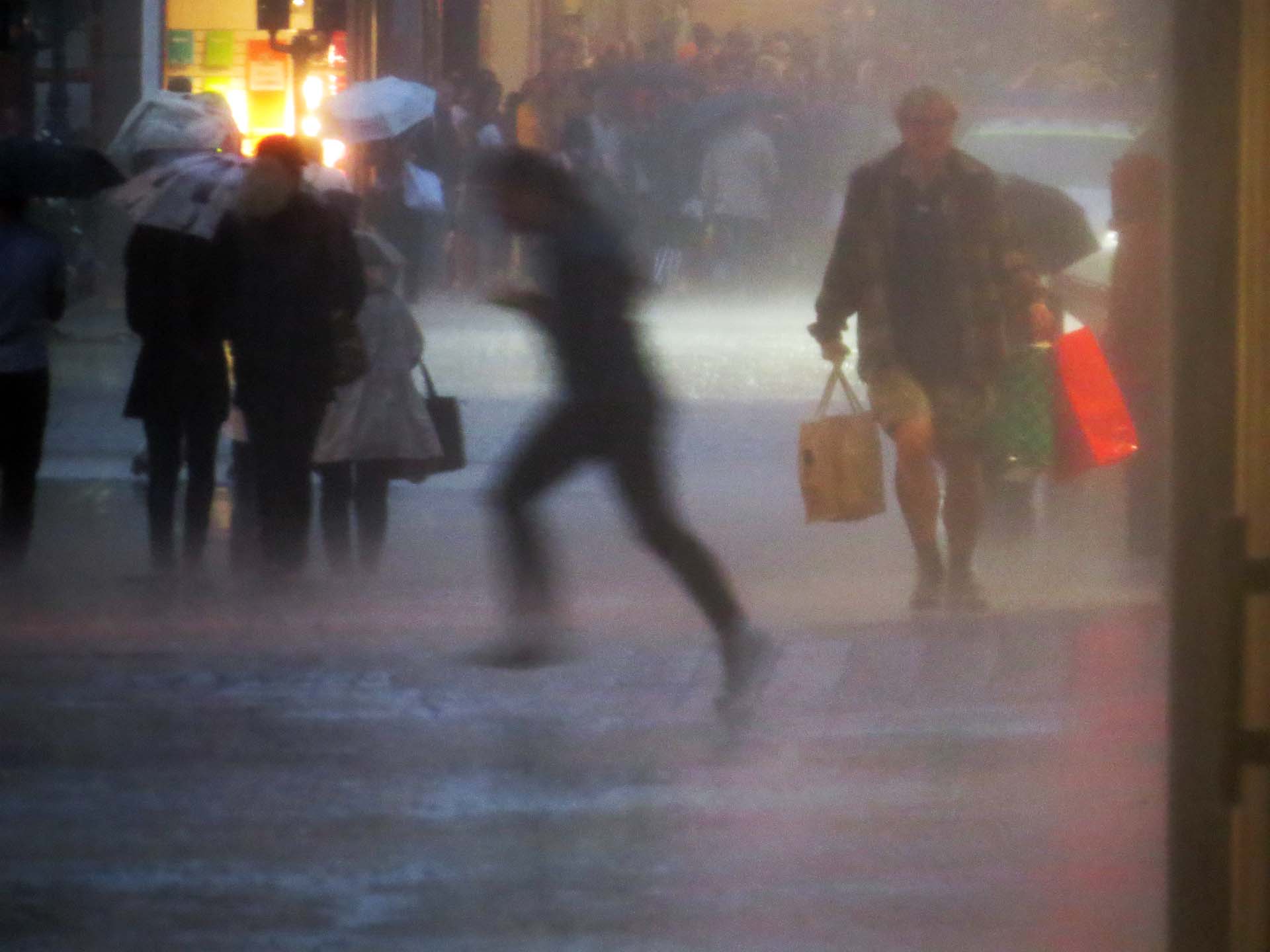 The weather has broken at last, and we’ve had some rain – some of it quite torrential. However this photo comes from August 2014 when I published it on GBG365 on 14th of the month.

I took this one standing in shelter roughly at the corner of Fredsgatan and Kyrkogatan looking down towards the Nordstan shopping mall. I had the camera up to my eye and was taking pictures when there was a further sky-burst. This person suddenly dashed across the street as I pressed the trigger. It was sheer chance that I caught them isolated against the background.

The photo is uncropped and framed in camera (Most of my GBG365 photos were. I made a bit of a fetish out of it.)  I like the balance of figures across the image and the red of the man’s bag to the right balanced in part by the yellow of the lights top left. If I’d had more control I’d have raised the camera slightly so the action cut across more centrally. I could probably achieve this with a crop, but I’m happy to leave the photo as is right now.

Below is a second photo I took just a minute later from the same place. In this one I’m slightly more zoomed in and figures are more evenly distributed across the frame. It’s not bad. The glaring headlight and reflection to the right goes some way to balance the shop lights to the left, but it doesn’t have the same action or humour as the first photo. (And the glare is a bit too much.) 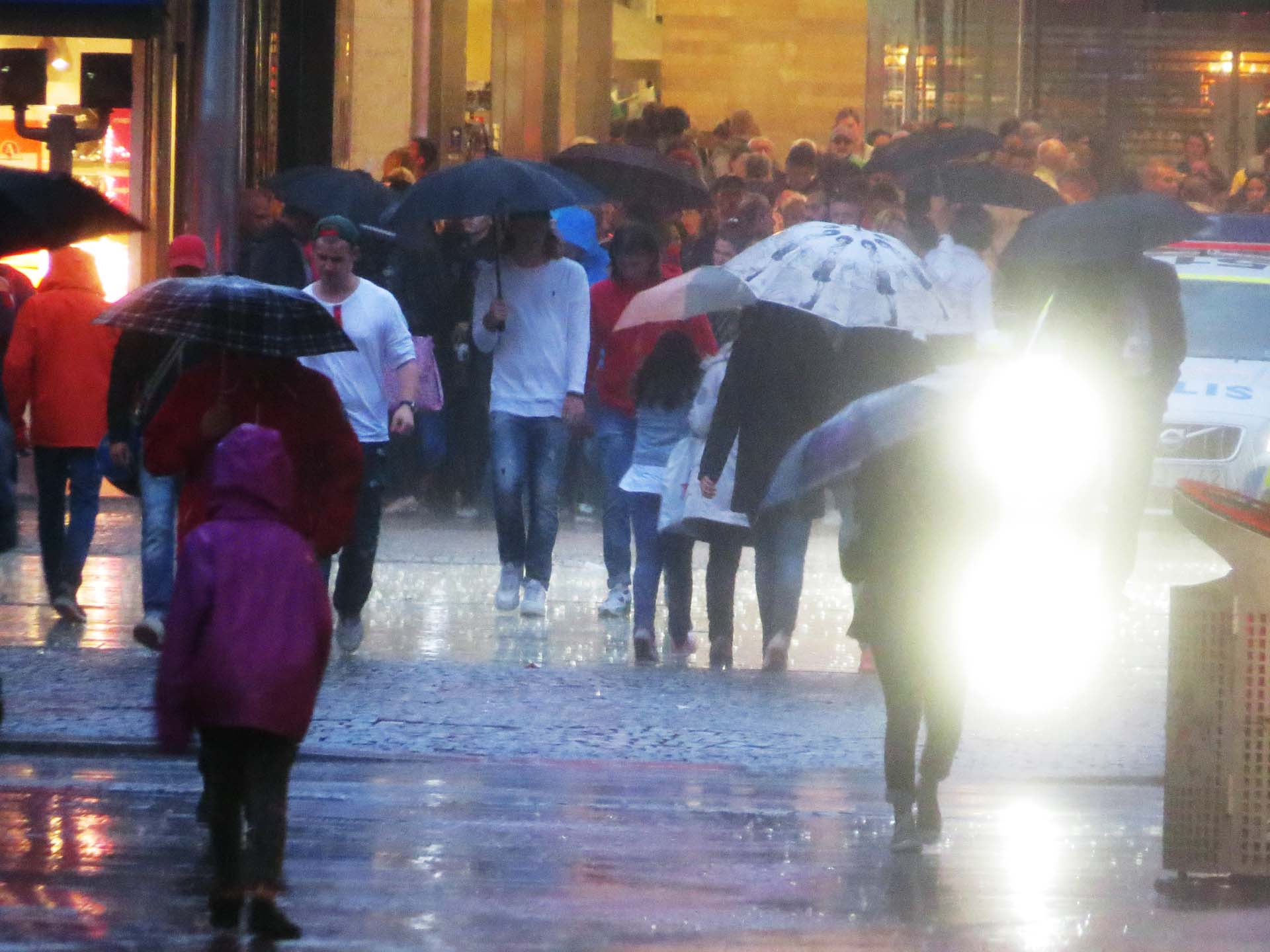