My plans for today were sidetracked by the Word for Today on Artwiculate.com: Disparate. Disparate means various, utterly different, unlike. Long ago I started writing a book with the working title Disparate Days. It was a memoir of the year and a half I spent as a student in Leeds, where my housemate was Jonathan Kershaw. 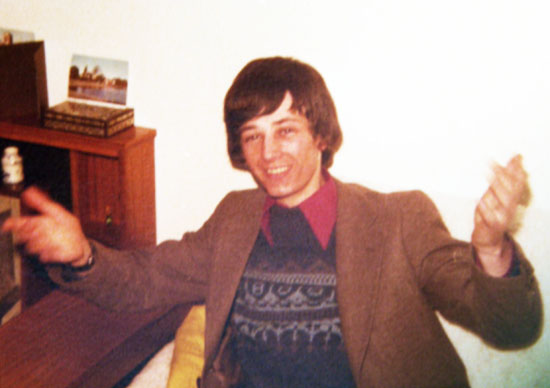 Jon was a manic-depressive (what is now called bi-polar), and in his manic phase he was amazingly good fun to be with. His humour and charisma were not self-centred, either, but acted as a catalyst so people around him also became funny and witty, or at least imagined themselves to be so. Sharing a house with Jon when he was “up” was like sharing a house with the entire cast of Monty Python’s Flying Circus.

When he was “down” though, it was often difficult to know what to do. I had never before met someone with clinical depression (not knowingly – and it was 20 years before my own diagnosis). I just did what seemed best at the time. He was my friend, I wanted to help, and I remembered the “ups” and tried to treat him in his depths in the same way as I did when he was happy. Sometimes I seemed to make headway, but my own humour and charisma were neither of them catalytic, and when Jon climbed out of a low I think he did it more by himself (or with help from the medication he was sometimes prescribed).

It seems very odd to me now, but it never crossed my mind to discuss with anyone my difficulties when Jon was down. Anyone not a fellow student that is. Jon himself had a very good relationship with the college Chaplain, who I met, but never thought to approach for advice. Years after, meeting him again, the man said, I had no idea you were coping with him on your own. Why didn’t you come to me? 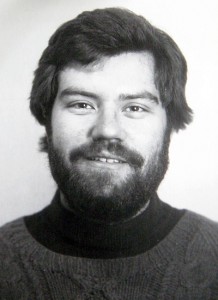 Jonathan and I were both of us in our early 20s, both studying at Leeds University. I was in my final year of a Bachelor’s Degree in Combined Studies (English and history), and Jon was retaking his first year in the School of Theology. That year did not do either of us a lot of good academically. I ended up with a Third; Jon dropped out a second time and never went back.

Still, I look back on the experience and on Jonathan with great warmth. I learned so much more about myself and about others, and had so much fun as well as heartache.

Later in life, with more experience, I began to see things about Jonathan that I didn’t see at the time, or saw but didn’t know how to interpret. I’m fairly sure now that he was a repressed homosexual. Not gay. Gay doesn’t seem to me at all a satisfactory description. He wasn’t queer either. Peculiar, yes, eccentric, inspirational, brilliant, beautiful. All of those. And someone who was deeply unsure of his own sexuality. It didn’t help, I think, that he was as attractive to men as he was to women. 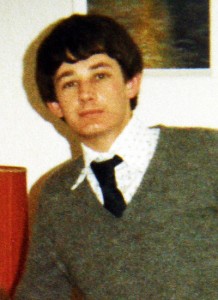 I remember one girl gazing enraptured at his profile as he entertained us with some story or other, and breaking in to say, I’d kill for eyelashes like yours!

I thought: I wish someone would say that about me.

How wrong can you be?

At the time, as I say, I didn’t see what seems so plain now. Though I found his personality so attractive, though I regarded him as my best friend, I did not feel any sexual attraction to Jon myself. The crazy thing is that I actually got to the point of questioning my own orientation, but never had a thought of doubting that Jon was straight.  And I made a mistake that has embarrassed me ever since.

We had a friend, she was closer to Jon than to me and not a student with us but someone Jon had met when he was doing voluntary work after dropping out the first time. Eileen stayed with us in the house in Leeds. She was in love with Jon and came and asked me whether I though she should tell him, whether she had a chance. I was a fool. Couldn’t think of anything but that if a girl told me she was in love with me how happy I would be. (I was lonely and had no girlfriend – but that’s another story.) So I encouraged her to speak up.

It was an utter disaster. I never learned exactly what happened, but I saw the consequences. Eileen left us hurriedly and Jon tipped over into another depression.

Ten years later, after I moved abroad, after Jon moved to the West Country, after years of medication and psychotherapy and organ playing in village churches, he took his own life. Jon believed in a life after this, but as a Christian, he also believed it was wrong to kill himself. I hope he found his God more forgiving than some of His mortal mouthpieces.

Those days in that student house, they were disparate in ways it’s hard to describe in a short (now rather long) Internet article. That’s why I thought I needed a book. And, who knows, I might still write it.

(Though with my track record that seems a tad unlikely.) 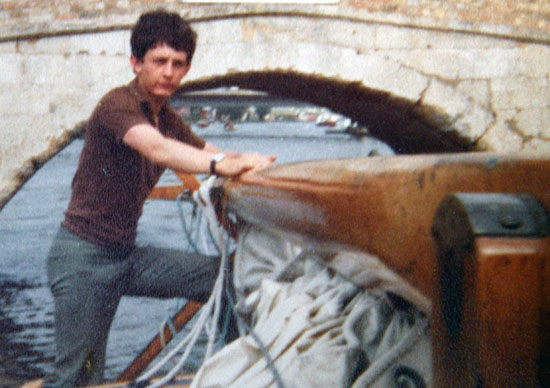 I spent the whole morning writing the above and searching through boxes for a decent photo of Jon. I know I’ve got a couple, but could I find them? The above are all photos of photos. The last from a memorable week’s sailing on the Norfolk Broads. Jon and I and Eileen and her sister shared the boat, but only Jon knew anything about sailing. We learned a lot – including (I speak for myself) a wealth of swearwords I never knew before – and never knew Jon knew either.
🙂

4 thoughts on “Disparate days in Leeds with Jonathan Kershaw”