The time has come for me to say something about Elin’s Story. It’s the novel I have been working on since 2008.

Late in 2007 I realised that my 50th birthday was looming over the horizon and if I was going to do anything at all about my long-term dream of writing a work of fiction, I had better get started. I arranged to take a year off from the school where I was working and one quiet afternoon I assembled a list of all the book projects I had started or sketched over the previous 30-odd years. There were more than 20.

I realised I could either start a completely new project or pick one of the ideas in my list. After much hesitation I finally decided what I really wanted was to write an historical novel. 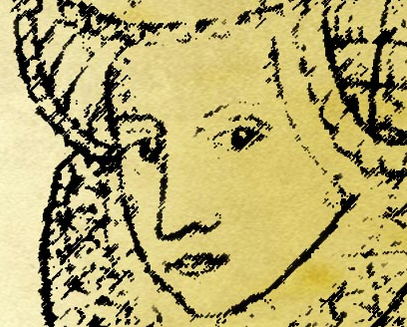 Elin’s Story is the working title. I haven’t yet come up with a better one, though I now have a concept of a series of volumes. The first is called The Long Way to London.

At bottom it’s a remarkable, true story. I know that sounds like publicity blurb for half a hundred films and TV shows, but I think it’s justified.

My heroine, Elin Ulfsdotter, was born in Sweden, probably on the estate of her father just south of Söderköping. If you look in a modern road atlas the estate is called Fillingerum, but if you visit the area and look in older documents you’ll find the name Fyllingerum. That’s the name I’ve chosen to use. She was born in 1549 or 1550 and in 1564 she took service as a maid of honour with Princess Cecilia, King Gustaf Vasa’s most troublesome daughter. The Princess was about 24 and had recently married an impoverished German Margrave. She was tended by a small court that already included four maids of about her own age and a more mature Lady in Waiting.

Elin was 14 when she joined this court. Within six months the Margrave, the Princess and all her attendants had left Sweden. Ostensibly they were travelling to visit the Margrave’s lands just south of Luxembourg. In fact they were on their way to England, to the court of Queen Elizabeth on whom Princess Cecilia had a kind of fan crush.

The long way to London

The long way to London took them by way of the Baltic, Finland, Poland, Prussia and the Spanish Netherlands. From there they crossed France to Calais and the English Channel to Dover. They arrived in September in 1565 making a bit of a sensation, and left again – all but one of them – the following April. They were literally (and I do mean literally) chased from the country by the Princess’s creditors.

Left behind was the now 16-year-old Elin. She transferred her allegiance to Queen Elizabeth and in 1571, aged 21, married the Queen’s step-uncle William Parr, Marquess of Northampton. Their marriage lasted no more than five months. Her elderly bridegroom (he was more than old enough to be her father) expired. Elin, now Helena, Marchioness Northampton, moved back to court as a Lady in Waiting to the Queen.

Although most of my working life I have been teaching English, I trained as an historian. The period in which Elin’s Story is set is the third quarter of the 16th century, approximately 1550 to 1577. This is a period I studied, both at school and as a student at university. As I’d taken an interest in it ever since, I thought I knew it. And as I had already done some research, and knew the outline of my story, I thought the writing would take about six months.

Getting on for six years later the novel is still not finished. What went wrong?

Well, in a sense nothing went wrong. I just discovered there was much more to the story than I first realised. In another sense you could say that my sensibilities as an historian got in the way of my sensibilities as a writer. Not only was there more to the story that I first realised, there were also many questions about characters, settings and events that I could not allow myself to just invent answers to. Not until I had first made as sure as I could that nobody knew the actual answer to a question.

On top of this I discovered that, for me, writing was not an easy process. It used to be. I can remember as a child entertaining myself with invented stories, spoken aloud to an empty room. That spontaneity is not something I’ve lost exactly, but I have had to dig quite deep to find it. And of course there are the practical matters of plotting, description, dialogue, pacing, rhythm… I have become an artist of the first line, the first paragraph, the first page. Or at least, I have written very many first lines, paragraphs, pages only to toss them away again.

In my upbeat moments I tell myself that this is a learning process. That each of the versions of the story I’ve written brings me closer to the real story. Sometimes I believe it. In my less cheerful moments I berate myself for wasting my time. After each abandonment the story lies fallow, but something always comes along to wake it back to life. It’s often a conversation, and it often involves some poor individual who asks me about the story. And I launch into an account and my enthusiasm rekindles. Dammit, it is a good story!

The latest version has the story told partly through the eyes of Elin herself, partly through another character who also really existed. George North was the author of the first description in English of Sweden and one of Princess Cecilia’s English teachers. I haven’t hit the 50 page dead zone yet. I have my fingers crossed (and because I live in Sweden my thumbs held too) that this time I will break the barrier and push on to the very end.

6 thoughts on “Elin’s Story: The Long Way to Published”