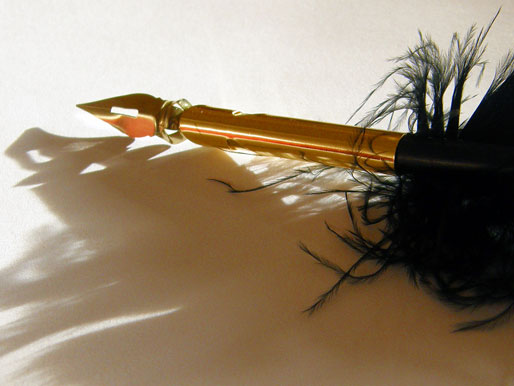 I’m using HTML progress meters to track my writing. After two years of work on Elin’s Story, I find myself with a mass of notes, research, experiments, trials and passages, but no completed draft of the whole story. My summer task this year is to try to write the whole story in a single draft. I have more or less the whole of July and August to do this.

In the spirit of the NaNoWriMo (the (Inter)National Novel Writing Month), whose “winners” are everyone who manages to write 2000 words a day every day in November,  I’m going to post a daily total of words written on my homepage. I doubt I’m going to average out at 2000 words a day, but it’s something to strive for. So if you visit my homepage during the summer of 2010, you should see three metre bars over there at the top of the left-hand column: Current Section, Backstory and Whole novel.

I’ve broken the book up into seven sections (and two of those are subdivided into smaller parts). Each section has a projected content of between 10,000 and 20,000 word. This metre will show progress in the current section.

This metre shows the number of words I’ve written for Elin’s Story that are not part of the on-going section. As I say above, I’ve already written a mass of material I can draw on for the story, but I know there will be more as I go along. On days when the story metre doesn’t advance much, the total number of words written for the Backstory is supposed to be an encouragement. I’ll only count the words I’ve written in July and August 2010 – not the earlier material. The bar is solid because there is no projected total, but the number of words recorded will increase day on day.

Finally, the last bar records progress for the whole book. As my projected draft contains 103,000 words, this bar will fill up very slowly.

[During the writing of the first section I realised I’d need to revise upward the number of projected words for the total. It’s up to 105,000 words now. 5 Aug 10]

If you, gentle reader, are interested in having a progress metre bar of your own for your homepage, these bars are HTML generated – so they don’t need a widget – but they do call for a little extra cut and paste work. You can customise them in terms of size and colours. Get your own (they’re free!) by visiting this site:
http://honorless.net/progressbar.htm

Thanks and Kudos to the author, Rikki A. Hyperion!