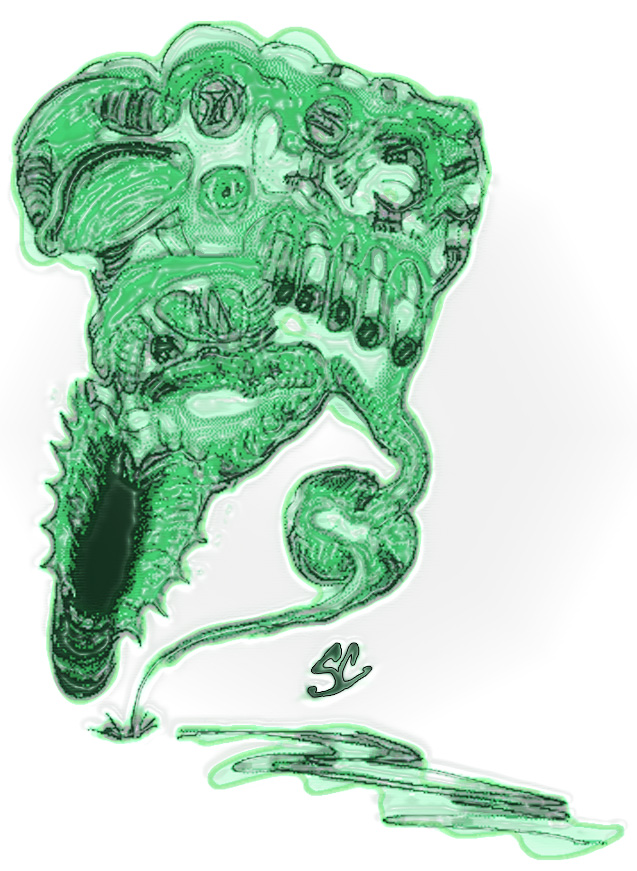 Molly swept her cred-id over the pad with a show of confidence. The realtor smiled, dropping the seed into her other hand.

‘A wise decision,’ he said.

She closed her hand over the seed and felt its small hardness.

She trekked three days into the wilderness and set up camp.

At sunset, she planted the seed, watered it from the flask. An incantation? But nothing appropriate came to mind.

She rolled herself in her sleeping-bag.

In the morning, a first green shoot! And in three days, just as promised, the house was there, rooted and grown. The frilled green door stood open in welcome.

I wrote this text as my first contribution to the Friday Fictioneers flash fiction forum. The stimulus: a photograph of a Gaudi house in Barcelona. In the illustration I tried to include some of the architectural features of house from the photo as well as the appearance of a meat-eating plant. I like the idea of a house that can be grown from seed, a lot easier than building one from inert matter. But living houses need to feed too.

20 thoughts on “The house that grew – a flash fiction story”