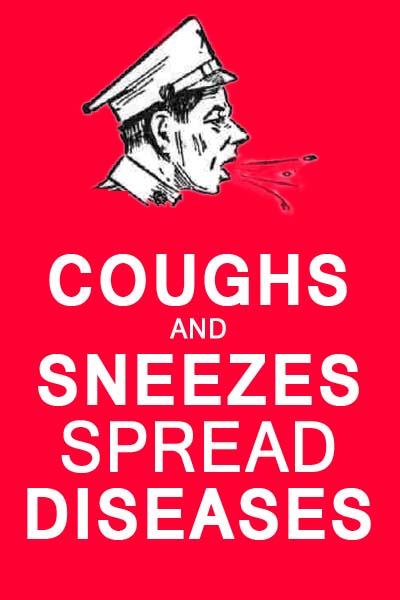 Since getting back from England a couple of weeks ago I’ve been on the edge of my seat about plans to improve the frequency with which I write blog entries. I just haven’t been able to put any of them into practice. Instead I’ve been struggling with a head cold.

Colds. They’re not very fashionable. “Just a head cold,” people say. Most people seem to think that confessing to having a cold is a bit lame. The fashionable disease is the flu. Nowadays you rarely hear people say “I have a cold”, you’re much more likely to hear them say “I’ve got the flu”. I wonder how often it’s true?

Feed a cold and starve a fever. Classic advice, and a way to distinguish between colds and flues. By and large if you have a cold no matter how bad you feel, you won’t have a fever. By contrast, if you’ve got a flu you’ve almost certainly got a fever to go with it. If you have a fever, one of the last things you want to do is eat. You just lie on your back and pray that it will pass. But if you’ve got a cold, in my experience, eating and drinking are both things you want to do and things that actually help because they lubricate your poor, swollen throat.

After all, it’s not the flu

The other way to spot a flu is if your joints are aching. One thing positive about having a cold is that it mostly stays above your shoulders. Your head throbs. Your eyes water and redden. You cough and you sneeze and your nose alternately runs and blocks, and you rub the skin off it with tissues, toilet paper, the sleeve of your sweater, the tail of your shirt, your hands, whatever else you have available. Your tongue tastes like the leather recycled from those hanging straps in public transport. Your sinuses fill, your ears may pop and your throat will swell and block and feel like someone’s got at it with sandpaper.

But all of this is above the level of your shoulders. The rest of your body feels fine. More or less.

Well, maybe just a touch of the flu

I feel sorry for people with the flu, I do. Just not very much. Because at the moment I’ve got a cold and I suspect most of them have too. They’re just calling it a flu. But are they walking around? Are they eating and drinking? Are they watching TV? You bet they are!

“I’ve got a touch of the flu,” they say. A touch! I don’t call that the flu. I’m not even sure I would call it a head cold. It’s what I say, flu is more fashionable and sounds more serious, and they’re fishing for sympathy.

So, I’m fishing for sympathy

I’m not fishing for sympathy. Though a little fellow feeling wouldn’t hurt you would it? 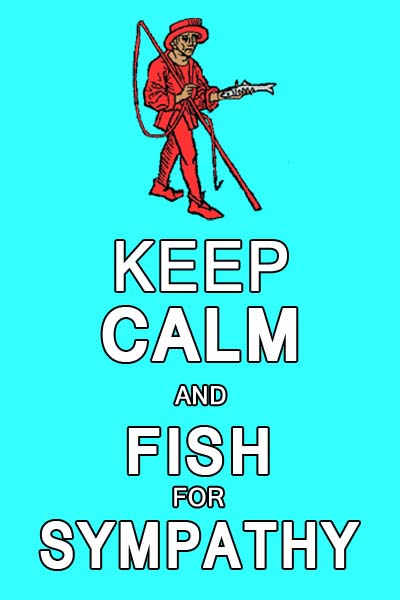 I’m not trying to pretend that a head cold is worse than – I don’t know – cancer, AIDS, or any of the thousand natural shocks that flesh is heir to. I’m just saying that it goes on too bloody long.

I read somewhere on the net that one thing you can be sure about with a head cold is, if you treat it, it’ll last for seven days, but if you try to ignore it’ll drag on for a week. Ha ha. (Wipes tears of laughter from his eyes.)

Well, this time round I’ve been keeping count and let me tell you that net-borne witticism about colds lasting a week and my mother’s folk wisdom are both wrong. I’ve been fighting this cold for at least 10 days now, and it doesn’t show any signs of packing its bags. On the contrary, it feels as if it’s settling in for the winter.

I know, I know. It’s disgusting. It really is, and you don’t want to know, but I wake in the night from dreams of choking. I take myself to the lavatory and cough into a towel to smother the noise, then bend over the toilet bowl to try to retch up the gobbets of phlegm that have been blocking my throat and threatening to slime into my lungs.

Yes, I’m taking cough medicine against the catarrh and yes, I’m spraying stuff up my nose to reduce the swelling and clear my nasal passages. And that’s how I can lie down and fall asleep. But during the night the effect wears off, and the phlegm builds up and runs down my throat to catch and build up on my vocal chords until finally I wake choking.

But maybe I’m getting better?

The cycle runs about two-and-a-half hours. So for the last four nights I’ve had between three and five hours sleep each night, and spent more time awake – or half awake – cradling cups of hot tea laced with honey or whisky. Or both.

It’s no wonder I don’t feel sharp enough to be writing creatively, or inspired enough to take part in Twitter’s #wordgames, or really interested in anything much at all.

Although I suppose you could say the fact that I’ve managed to write this suggests I’m actually getting better.

You could say that… let’s hope you’re right.

A cold or the flu? Check this out!

2 thoughts on “Just a head cold”