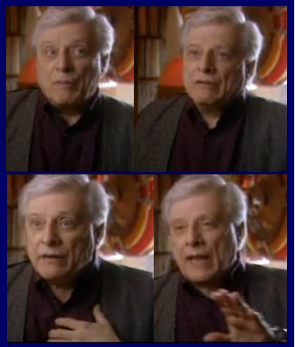 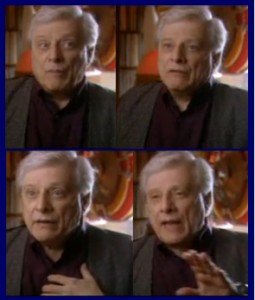 Dr Johnson is supposed to have said or written somewhere: “No one but a fool ever wrote for anything but money.”

I never found the source, but I think about the quote on and off, now and again, and wonder what he meant. Did he mean that he himself never wrote unless he was paid for his writing? Did he mean that people who wrote for other reasons than to be published for sale – poets, perhaps essayists, letter writers – that these people were universally fools.

Was he having a go at writers who kept publishers supplied with copy for their presses, but asked for nothing more than the kudos of seeing their names in print? Or did he write these words in anger when having written something on spec, he was unable to sell it? Did he classify himself as a fool? He didn’t think of himself in those terms generally, but he suffered from depression. (Melancholy. Johnson was the first person in print to mention the Black Dog.)

Perhaps it was just one of those aphorisms he forked out – funny at the time but not something that bears too close an investigation.

Still, I have also wondered what he might have thought of the Internet and the Blogosphere and all these hundreds of thousands of writers and hundreds of millions of words produced for a host of reasons, sometimes for money (but rarely for much money). And I’ve also wondered how he would have reacted to my situation, sitting here, morning after morning writing (or not writing) and counting my words.

Yesterday a friend sent me a link to a YouTube film in which Harlan Ellison demands that you “Pay the Writer!” I think Johnson might well approve.

Harlan Ellison is an American writer of short stories, novels, teleplays and criticism. His biggest success is in the field of science fiction and I particularly think of some of his short stories: “I Have No Mouth, and I Must Scream”, “A Boy and His Dog”, “The Beast that Shouted Love at the Heart of the World”, “‘Repent, Harlequin!’ Said the Ticktockmanâ€. He wrote one script for the original Star Trek series (and then had a falling out with Gene Rodenberry about it), and was ‘creative consultant’ on the long running TV SF series Babylon 5 (which he mentions in the film clip). He is famously litigious (see the Wikipedia entry on him at http://en.wikipedia.org/wiki/Harlan_Ellison) so I think I’d probably better not say any more.

What follows is a transcript of a part of the film clip. (The clip is embedded at the bottom of the this post.)

… Get a call yesterday from a little film company down here in the valley, and they’re doing the packaging for … Warner Brothers on Babylon 5, which I work on. And I did a very long, very interesting on-camera interview about the making of Babylon 5 – early on when Joe Straczynski hired me. And they wanna use it. Young woman calls me and she says: We’d like to use it on the DVD. Can that be arranged? And I said: Absolutely, all you gotta do is pay me. And she says: What?

I say: [voice rising] You gotta pay me! She said: [injecting a little femininity] Well, everybody else is just, you know, doing it for nothing. I said: well everybody else may be an asshole, but I’m not. I said: By what right would you call me an ask me to work for nothing? Do you get a pay check? Well, yes. I says: [Getting increasingly excited and stumbling over his words] Does you boss get a pay check? Do you pay the telecine guy? Do you pay the cameraman? Do you pay the cutters? Do you pay the teamsters when they schlep the your stuff on the trucks? Then how – don’t you pay U- then how d- … [becomes briefly incoherent] … Would you go to a gas station and expect free gas? Would you go to the doctor and have him take out your spleen for nothing? How dare you, call me and expect me to work for nothing!

[Does woman’s voice] Well, it would be good publicity! I said: Lady, tell that to someone a little older than you who has just fallen off the turnip truck. There is no publicity value in my … interview being on your DVD. If you sell 2000 of them it’ll be great! And what are people gonna say? Oooh I really liked the way that guy gave that interview. I wonder if he’s ever written a book. Let me go and buy – There’s no publicity value. The only for me is if you put money in my hand cross my palm with silver, you can use my … interview. And she says. Well, all right. Thank you. And she hangs up. I’ll never hear from them. They want everything for nothing.

They wouldn’t go for five seconds without being paid. And they’ll bitch about how much they’re paid and want more. I should do a freebie for Warner Brothers?! … Fuck no! They always want the writer to work for nothing. And the problem is there’s so goddamn many writers who have no idea that they’re supposed to be paid every time they do something. They do it for nothing! [Dumb goofy] Gu-gu. They’re gonna look at me! I’m gonna be noticed! Guu.

The clip seems to be a trailer for a film about Ellison called Dreams with Sharp Teeth. If you can’t see the video below, the address on YouTube is: http://www.youtube.com/watch?v=mj5IV23g-fE

7 thoughts on “Pay the Writer!”