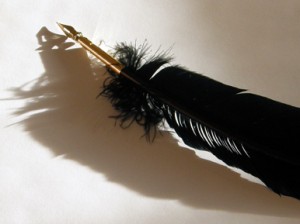 ovember is the cruelest month. Yes I know that TS Eliot thought it was April, but for me it’s November. As the days get shorter and darker and duller, so I begin to feel all my pleasure, all my delight, all my creativity, all of it, spiralling away like water down a plughole.

It’s like this every year and yet, for some strange reason, every year it surprises me.

I’m probably suffering from some obscure form of masochism. Why else, despite my seasonal affective disorder (not to mention my history of melancholia), would I choose to live in a country where every winter is a plunge towards Ragnarok?

Yet I’ve lived in Scandinavia for 29 winters now and every year it’s the same story. If I had the money and the opportunity perhaps I would choose to commute to the southern hemisphere, leaving around about October and returning sometime in March – or better still set up a permanent home somewhere on the equator. But things being as they are, here I am.

So it was really no surprise that despite the enthusiasm I expressed in my previous blog entry under this title – and despite my achievements at the beginning of October – that the latter half of that month saw me sinking into gloom. Although not a registered member of the Write1Submit1 community, during the first two weeks of October I wrote two short stories of about 6000 words each and although I didn’t submit either of them I did go to the trouble of finding possible markets and planning submissions before the darkness descended.

October blended into November and I lost my mirth. I did try rather hard (and with a certain amount of success) not to forego all my custom of exercise, but it went very heavily with my disposition and this goodly frame the Earth came to seem like a sterile promontory; and this brave o’erhanging firmament appeared no other thing to me than a foul and pestilent congregation of vapours.

Hamlet should be played in November.

Of course, my novel took a nosedive as well, deep into the mud, and nothing I could do – and I did try – seem to be able to revive my creativity.

But then came December and with it, Advent, and all the Swedish rituals of candles and lights and Lucia the Light-bearer began to revive my spirits. To help things along, I dug out my old daylight lamp and gave myself a good dose every morning while meditating over my cup of tea. I’ve no idea whether it does any actual good (in terms of raising serotonin levels) but it seems to have a positive psychosomatic effect on me.

Also, early in December I was introduced to a new piece of software (new to me) called Scrivener – intended for the writer having to cope with very long texts. I fell in love with it, bought the full version, installed it on my computer and spent most of the rest of the month transferring Elin’s Story and all my research into the format of a Scrivener project.

The eager beavers who annually produce a 50,000 word novel for NaNoWriMo can laugh, but all I have to show for three and a half years writing on my first novel is about 35,000 words of text. (To be sure, I may have written getting on for 100,000 words of background and back story, but that doesn’t count.) I think we can safely say I will never take part in the National Novel Writing Month as long as the month in question is November.

I also resolve to write at least one of these blog entries each month, to keep anyone who is interested up-to-date with my progress. (And I’ll publish it on TheSupercargo.com as well as on The Written Word Ning.)

If you’re interested, you can read the beginning of Elin’s Story here: The River Rippled – Elin’s Story Begins