Penny was our captain, the only girl among the four of us, but where she led we followed. We built castles in the sandpit with water fetched in bottles from Penny’s kitchen. We built a lean-to of sticks round the climbing-frame, camped there till sunset when our parents fetched us home.

Inspired by her cousin’s forthcoming high-school prom, Penny decided we should have our own. She commanded: wear ball-gowns! And after a fashion we did. Jim wrapped himself in a sheet, Peter found an old dress of his mother’s, I wore my sister’s ballet-skirt.

A pride of princesses in the playground.

The uproar when we were discovered! 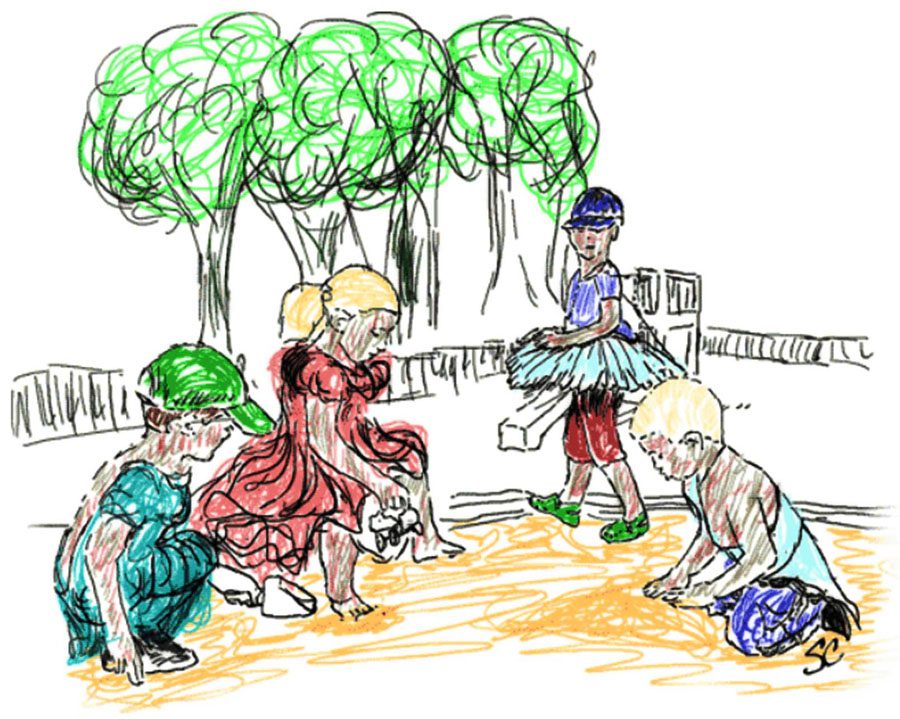 The above was written for the Friday Fictioneers flash fiction forum. The prompt: a brightly coloured ball-gown hung to air on an American-style fire escape on the facade of a monochrome old tenement.

The flash fiction target for the Friday Fictioneers is to keep the text to 100 words. I haven’t quite managed it yet and not this week either, the above is 112 words. There’s a Pride Week going on in my town at present. That might have influenced me too. 🙂

I published this originally on my Articulations sub-domain. Transferred it here (with comments) during the https overhaul 4 February 2019 and added a featured image and some more words for the sake of SEO.

25 thoughts on “A pride of princesses”