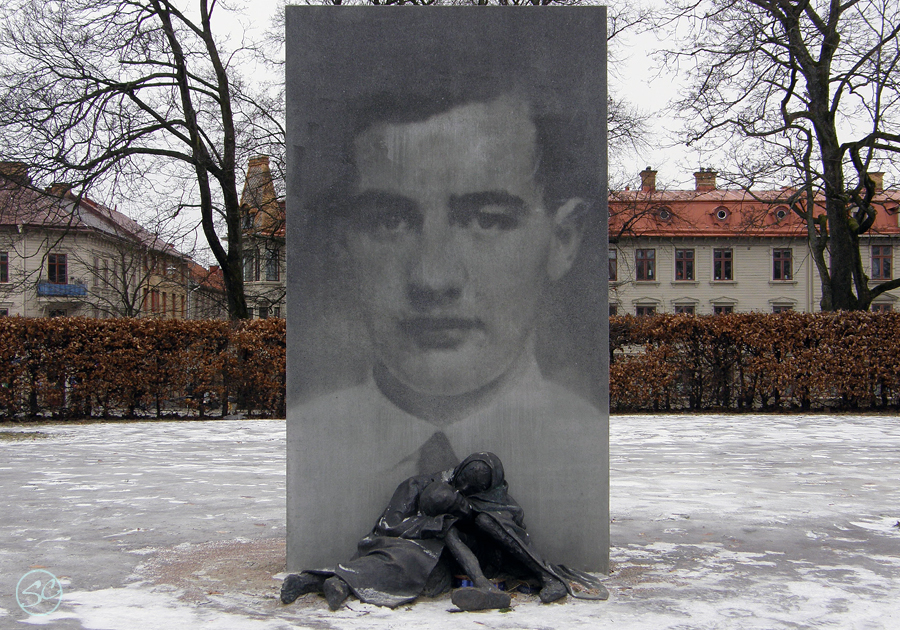 The monument is in the churchyard of Hagakyrkan (Haga Church) in Gothenburg. During the Second World War, Raoul Wallenberg was a Swedish diplomat in Budapest. He was instrumental in rescuing thousands of Hungarian Jews from the Holocaust. In this picture he looks about 12 years old, but I suppose he’s older. I don’t know why the sculptor (Charlotte Gyllenhammar) chose to use such a young photo though.

At the Raoul Wallenberg Institute of Human Rights and Humanitarian Law http://www.rwi.lu.se/institute/rw.shtml