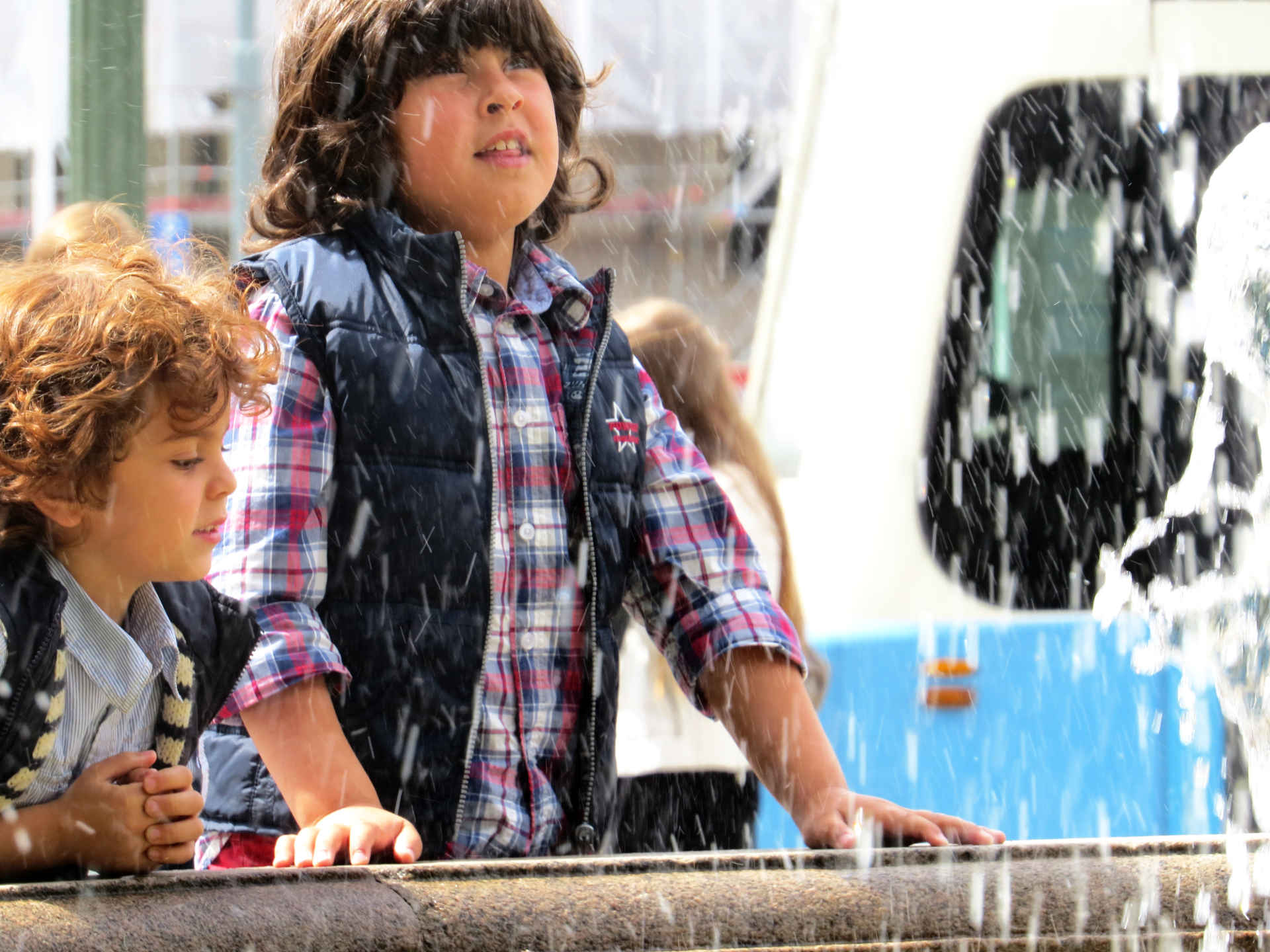 Two children watching falling water in the fountain at Brunnsparken.

Brunnsparken is a key transfer point for Gothenburg’s public transport. (You can see a blue and white tram in the background). It’s usually busy here, and on a sunny day in summer the water playing in the fountain always draws attention. The fountain plays on the site of what was once a “health-giving spa”, which is how the park gets it’s name. Brunnsparken = Spring Park or Well Park.  I believe this was where the city’s original inhabitants would come to draw fresh water, from a well sunk down to the water table below the level of the city canals. Later the well was enclosed in a stone building by an enterprising pharmacist. That was when it became “health giving”. Later still, in 1913, an underground pump station was installed. Now the fountain stands here.

There is something very compelling about young children’s fascination with moving water. Their fascination with many things really. Their ability to find joy in what we, as adults, think of as mundane. Part of the pleasure in watching them play is the window it opens onto our own past, when the the world was still fresh and new.

There was a young man, the father, who sat on a bench watching the kids. Not a tourist, I guessed, though he might have been. He was taking the boys out to give their mother a break, he said, though he looked a bit frazzled himself. As the children stood by the fountain, or chased one another among the young, decorative chestnuts, or stalked the pigeons and young gulls that gather at Brunnsparken hoping to be fed, he looked on.

Where do they get the energy, he asked. Was I like that?