This week’s entry was going to be about Belgian surrealism and the artist René Ceci n’est pas une pipe Magritte. But I find myself choosing to hold that over because something that seems equally surreal is going on in Britain. You may have heard about Brexit?

Imagine a bright summer sky over a dark and sinister night-time forest, a forest lit only by the light of an incongruous streetlamp. Winds whip the branches about and the first drops of rain are splashing heavily on the dusty road. A querulous party of mismatched travellers are pushing forward, arguing loudly. Greece has been stealing money from Germany, though Greece says it was only taking what it was owed. Romania and Bulgaria have been going around begging from the others. Italy, Sweden and Hungary are complaining about having to carry Syria, Iraq and Eritrea on their backs. France blames Belgium for not being sufficiently security conscious and Belgium is in two minds about that. Several of the travellers are beginning to wonder if maybe they took a wrong turning back at Lisbon. 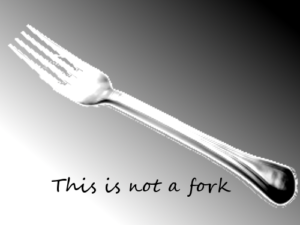 Suddenly one of the party, Britain, stops walking and cries out, “There’s a fork in the road!”

Britain is adamant. Britain can see a fork. And a choice. Either carry on with the party or set out alone down this unexplored path that appears to lead – dubiously but invitingly – away from the main road.

By now everyone is pretty used to Britain digging in heels and holding them back. The British never want to do things together, or if they do, they want to be in charge. On the other hand Britain is one of the senior members of the group and seen by some as an important ally – someone worth having on your side when challenging the rest. So though there’s a lot of groaning and muttering, still the whole party stops and waits while Britain makes a coin toss. Heads or tails?

If this were one of Magritte’s paintings, the trees of the forest would be giant bowling pins or candlesticks, Britain would be striking out with a cricket bat and there might be a leatherback turtle floating ominously in the sky. 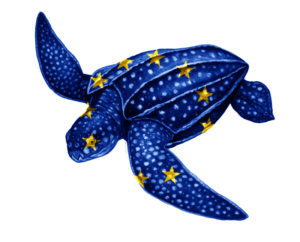 On Thursday, 23rd June – in two days as I write this – a lot of people in Great Britain will go to the polls. They are going to vote in a referendum to decide whether or not Britain should remain a member of the European Union.

The referendum offers a choice between Leave and Remain.

Should I stay or should I go?

Early on there was a debate about language, about the inherent bias in more simple terms such as Yes and No. Put simply, to say Yes is to be positive, to say No, negative. Britain – well, Scotland – recently went through the trauma of a referendum on Scottish independence. The question was “Should Scotland be an independent country?” and the Yes side was supposed to have had an advantage (even though they lost).

Consequently, this time around, both sides of the Brexit debate wanted to be Yes. (“Yes, I want to stay in the EU” or “Yes I want to leave the EU”.) The choice of Remain or Leave avoids this problem.

Actually, Stay or Go would also have worked. To my pleasure, BBC Radio 4 has been prefacing one of their recurring segments on the referendum with a snatch of The Clash singing “Should I stay or should I go?” (Punk rock! On Radio 4!! Another surreal moment. Things have changed since my young day… etc, etc.)

There have been one or two brighter moments like that. However, news out of Britain for the last few weeks has been dominated by a slanging match. The argument going on between the two sides. And by its consequences. In my little parable Belgium is in two minds (one French, the other Dutch), but Britain… Britain is suffering from multiple personality disorder. And it’s not pretty.

Many Brits are neither bigoted nor fearful, and many have other things on their minds than the referendum. At the same time there are clearly very many who are frightened about the future and frustrated, even angry, about the life they live nowadays. This is not the fault of the EU, or not principally the fault of the EU. It is the fault directly and indirectly of successive governments at Westminster. But Brussels has been the scapegoat for British politicians for most of the last 40 years so it’s no wonder the Leave campaign reach so easily for it now. And no wonder the Remain campaign is so lukewarm in their enthusiasm for the EU.

There may be good arguments on both sides, but you wouldn’t know it to listen to the daily drip-feed of claim and counter claim, lies and innuendo in the British media. The one side plays on people’s fears with stories of the horrors of EU membership and incredible tales of the joys of a Britain free and independent. The other side counters with stories that say, in effect, You think things are bad now? Just wait till you see how bad things will get when Britain’s on the outside and all on its own. 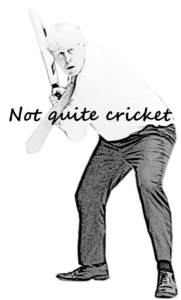 For many British people all this fearmongering seems to have boiled the issue down to one question. Immigration. The foreigner in our midst. Coming here to sponge off our social welfare, live off our taxes, steal our jobs. It’s the same racist story we remember from years back, from the last millennium. Haven’t we learned anything? Apparently not.

There is no logic in these arguments, nothing is real – until someone, responding to the cant and idle hatred stoked by the campaigns, picks up a knife or a gun and kills for it.

No easy path, no clean break

If Remain wins there will be no easy path forward in unity and harmony. I cannot believe that the rancour in Britain that the referendum campaign has stirred up – especially within the Conservative Party – will be easily forgotten.

There will be no clean break either for Leave. The divorce will take months. Someone is going to have to painstakingly unpick Britain’s forty years of integration into the EU. In that time the climate of fear, frustration and disunity cultivated over the past few weeks will fester as “nothing seems to happen”. I don’t know what that will lead to, but further violence doesn’t seem impossible.

How sad it all is.

Better to mash up the art of René Magritte perhaps…

The illustrations come from various sources, manipulated with Gimp software. Acknowledgements and apologies to René Magritte whose The Secret Player and The Dominion of Light I’ve pastiched.

I originally published this article on the separate Stops and Stories website. Transferred here with a little polishing for SEO and a new featured image 2 July 2017.

2 thoughts on “The coin toss”