It was a dark and stormy night, though more so the night before last. We caught the edge of the storm that swept across central Europe from the North Sea to the Alps and left in its wake destruction and even death, so the BBC tells me. Here in Brussels it was less dangerous, but yesterday the streets were strewn with leaves and twigs and branches — and rubbish — and every so often the windows of the flat were blasted with a shattering of raindrops that seem to be trying to squeeze through the glass. Yesterday, in the late afternoon, through the living-room window, the cloudscapes against the setting sun were dramatic and ever-changing. 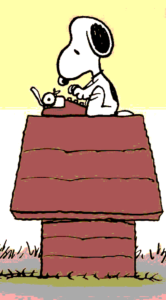 It’s quieter this morning, calmer, though just now as I was making myself a cup of coffee there was a shower of hail, brief but distinct, beating a tattoo on the balcony and for a moment turning the lawn white down there.

Here on the fourth floor I have a grandstand view of the crown of a chestnut. I discovered it was a chestnut only last week. Before it was just a tree, winter-bare against the sky. When I got back from England the buds on its branches had swollen and coloured, and now they are bursting and the little candles are appearing. This is the tree in which a couple of magpies have been building a nest, fighting the intrusion of a couple of crows who are also nest-building in a lower-standing birch a little further off.

At first I thought the crows had decided to squat in the magpies’ nest, then that they were determined to demolish it. Now I think they were just using it as a handy source of nesting material for their own effort. The magpies were determined and resisted, but while two magpies can force one crow to flee, two crows have more muscle and perhaps more cunning than two magpies. Whether by strength or guile, the crows won and stole what they wanted from the magpies and I thought the magpies would give up, seeing all their nest removed twig by twig. However, the crows now seem satisfied with their extraordinarily ragged nest in the birch and the magpies have rebuilt their nest in the chestnut.

I stand at the window watching the birds through my binoculars and my wife says “You have become your mother!” It’s true my mother can spend hours watching the birds in her handkerchief-sized garden, and true I’m beginning to appreciate the fascination, but I take issue with “have become”.

I had all sorts of vague ideas about what I might write for this week’s blog entry, but in the end I let the weather steer me. Today is 1st April and I felt for a time that I ought to be concocting an April Fool’s prank, but I couldn’t think of one – or at any rate not one funny enough to perpetrate. At least I got to start this blog entry with “It was a dark and stormy night.” Which means I have to use a picture of Snoopy. (Apologies to the shade of the late Charles M Schultz.)

The illustrations are borrowed from the work of Charles M Schultz and used without permission. The illos are not out of copyright, though they are widely available across the Internet (search: “dark and stormy” + Snoopy). If anyone representing the late great Mr Schultz wants me to take them down, just drop me a line – use the contact form – and I will do so at once.

I originally published this article on the separate At the Quill website. I revised it for spelling punctuation, carried out some SEO fine-tuning, and added a featured image before transferring it here on 2 April 2017.

7 thoughts on “It was a dark and stormy night”