Most people have childhood memories from when they were about five or six years old. For some, though, their first seven, eight, even nine years can be a blank, while others remember things from much earlier. Supposedly, no memories at all means you had a placid and contented childhood since we only remember things that are exciting or frightening. (This doesn’t really account for suppressed memories of childhood trauma though, so how reliable is it as a theory? OK, let’s not go down that path!) 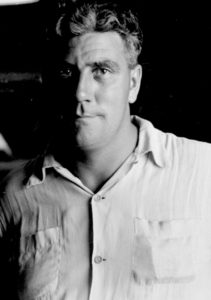 Then comes the difficulty of dating. Mostly we don’t remember years and dates, so dating a memory comes down to family chronology: “It must have happened before we moved… after we got the dog… when mum was working…” And so on.

My earliest memory is of standing with my father to watch oil tankers – long lorries with cylindrical loads – driving onto a ship. The tankers are green and yellow and the side of the ship has opened and the tankers are driving aboard. There is a wide band of sand between me and the action. The sand is yellow but dull somehow, not yellow in the same way as the tankers are yellow. There is a thin, dark blue line, which is the sea. Above it is a blue sky that goes up to the edge of sight.

Just to my left is my father. Though I do not see him, cannot picture him, I am sure who it is and he is holding my hand.

This memory must come from when we lived in Qatar, before my sister was born, so I can be no older than about two and a half. Say the latter months of 1960. My father was a transport engineer working for British Petroleum (company livery: yellow and green) and my mother and I lived with him in Qatar for about a year until mum, heavily pregnant with my sister, took me and flew home to give birth in the same hospital where I’d been born. We never returned.

When I came to search for a memory, an image to put into my fifty word poem about my father, this is the memory that came, and I married it with another I have, the last I have of him.

Holding hands: a beginning, an end.

My two-year-small hand in his.
Sunned sand, a primary sea,

green and
yellow tankers driving aboard a
white ship.

Then his end, thirty-five years later.

Dying in a hospital bed.
Not a man for holding hands, he reached for mine.
For comfort.

This is the first poem from a remembered moment in my work in progress, 50/50-ish. Fifty poems each of fifty words based on memories of incidents, people, feelings, dreams, stories and nightmares from fifty years of my life. I started it when I was fifty, now I’m pushing fifty-six, but I’m more than half way through. You never know, I might have it done in time for my sixtieth! [I didn’t. 10 February 2019 – aged 60+]

What is your earliest memory?

I originally published this article on the separate At the Quill website. I revised it for spelling and carried out some SEO fine-tuning – and added a featured image – before transferring it here on 29 March 2017.

9 thoughts on “What is your earliest memory? This is mine.”