The campaign turned the tables. The fact that copies of the book were circulating, that people were actually picking them up, reading them and liking them – plus the marketing campaign itself – drew attention to the title and, after a time, increased sales. 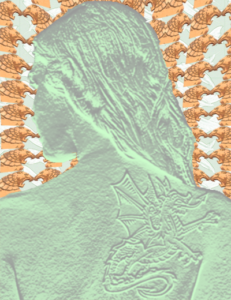 What Quercus did was to create a “loss leader”. This is an item that loses money, but leads customers to – and prepares them to spend money on – a related item. It’s not spelt out, but my impression from the Independent article is that Quercus made a loss on the first paperback edition of Dragon Tattoo.

But of course they had the second book ready. They published The Girl who Played with Fire, and this second volume now had a market. They sold the hardback, they sold the paperback and they made a profit. Now they were reaching people who hadn’t seen the first volume, so they could reprint that and start making money off it. Then the third volume came out.

It was the success of the Millenium series that made Quercus into a successful publishing house.

They moved from the little place they had behind Baker Street to Bloomsbury – the centre of the London literary world – and they moved up from employing around 15 people to more than 45. They expanded their list. And also of course they sparked the interest in criminal and detective stories from Scandinavia.

Getting back to Egenutgivarna and self-publishing in Sweden, I’ve been thinking about how to translate the Great Dragon Tattoo Giveaway into the Swedish context, into our context. Is it even possible?

To the best of my knowledge this marketing ploy has not been used in Sweden, so to do it once would absolutely be a good idea, to draw attention to a book. To do it more than once, or to do it repeatedly, would I suspect devalue it. It’s not something that one should consider on a regular basis.

Thinking about the actual context of the original giveaway. It was done in order to market the book in a moment of desperation. Quercus already had copies printed and if they were not able to generate interest in the book, then these might just as well be pulped. Also, they knew there was a second and a third volume to come. So they were prepared to treat the first book as a loss leader because a) they knew they’d lost the money for printing it and b) they hoped – if the gamble worked – to profit from the second and third volumes.

In our context it means that:

this may be worth trying.

But do you satisfy those requirements? If someone has already gone ahead of you down this road, isn’t it better to try and find another way to spread the word about your book? What way might that be?

[Thanks for reading all the way through. Hope you found it interesting. If you missed it, you can see part 1 by clicking here.]

Quercus isn’t doing so well now. They made a “significant loss” in 2013 and have basically put themselves up for sale. And this despite having Millenium volume 4 in prospect.

In 2014 Quercus was bought up by Hodder (itself a subsidiary of Hachette). Founder Mark Smith left Quercus and now works as CEO of Bonnier’s subsidiary Bonnier Zaffre in London. The other founder, Wayne Davies, now runs a digital company Caleo Media (according to his LinkedIn page). It doesn’t seem to have much of an internet footprint. 28 March 2017

I originally published this article on the separate At the Quill website. I revised it for spelling and carried out some SEO fine-tuning – and added a featured image – before transferring it here on 28 March 2017.