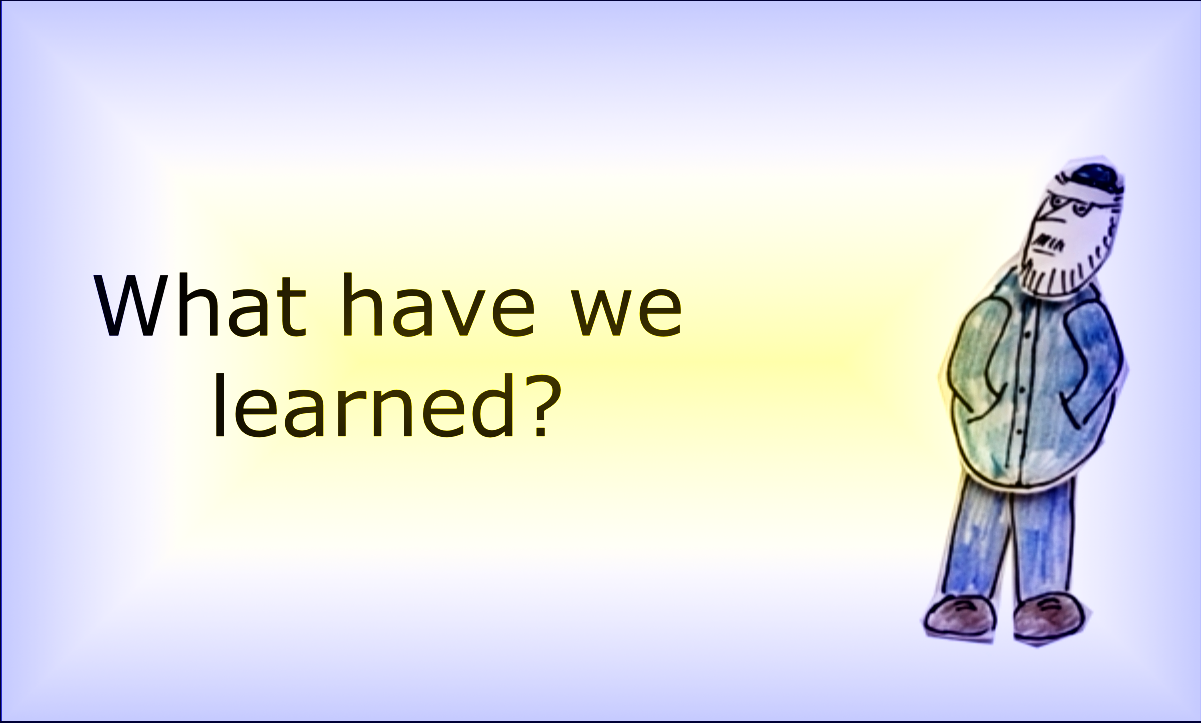 The fifth episode of my vlog. This week I take a step back to review what I’ve learned in the six weeks or so I’ve been making the vlog episodes.

What I learned about hardware and software

This episode focuses on the technical aspect of my learning process and in particular the equipment I’m using. One camera is a Sony Cybershot DSC HX90v (which has the microphone I’m so impressed by). The other is a Canon Powershot SX50 HS. The Sony is about a year old, the Canon about three years.

The video editing software I’m using is Movavi Screen Capture Studio 8, bought just at the beginning of the year.

Making this video, I set out to produce a 6 minute finished product, but ended up with something a bit closer to 10 minutes long. However, be happy I didn’t try to squeeze in all the film I made. There’s getting on for 50 minutes of raw footage unused (that’s about 25 minutes on each of two cameras).

I also learned (more) about my time optimism

Apart from the technical lessons, I’ve also been forced to face yet again what I already know to be my biggest problem in life: my time optimism. Much of the rejected film was of me talking about that. Maybe another vlog episode on that subject will follow one day in the future.

Astute viewers will have noticed that I missed posting an entry last week. I realise I can’t commit myself to producing a weekly vlog. I shall try to publish regularly but I can’t promise to do so. So I don’t know when the next vlog will come, but I do know it will be about my 50/50-ish project and will involve at least some animation and drawing.

Watch this space, to coin a phrase.