It’s all about the sea 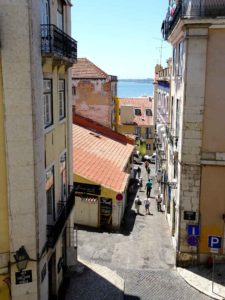 On our way to the airport, the day we left Lisbon, the taxi driver asked how we’d enjoyed our visit. We made the usual noises about the fantastic weather, the food, the architecture. We said how much we liked that the city was built by the water. How much we missed that, living in Brussels which doesn’t even have a decent river, just a canal.

“And the history,” I said. “I like the history. I thought it was interesting to visit Museu de Marinha – the Maritime Museum.”

He was right about that. 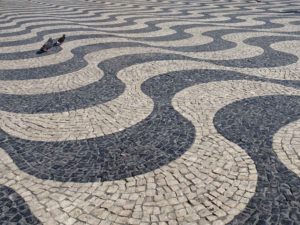 Lisbon is built on a tidal estuary – the mouth of the Tagus River where it opens into the Atlantic. You can see the water from many points in the city. Even when you can’t see it, it’s often present – in the architecture, in decorations, in monuments. And in the smell of the sea when the warm wind blows.

The second day of our holiday we took a train westward along by the side of the Tagus, four stops to Belém. In Belém, history and the sea are married even more closely. The train was crowded, every seat taken. Many teenagers in shorts and singlets and tennis shoes, suntanned limbs and cheerful faces, rolled towels and bottles of water. This was obviously the train to the beach. But the beach was not at Belém and only a few other tourists got out with us.

Not to say that Belém wasn’t busy. Tourist coaches, tourist trams, tourist tuk-tuks and private cars had all brought their share. The queue to get into the Mosteiro dos Jerónimos (the Monastery of Jerome) snaked across a wide square and stood still under a blazing sun. We decided not to join it. What does it have to show anyway? We consulted our guidebook. “A monument to the wealth of the Age of Discovery… financed by ‘pepper money’, a tax levied on spices…” And it houses the tomb of Vasco de Gama.

OK. Let’s visit the Museu de Marinha instead, housed in one (more modern) wing of the Monastery. Cool, out of the sun, un-crowded, with maps and instruments of navigation, models of ships and… interesting lacunae. 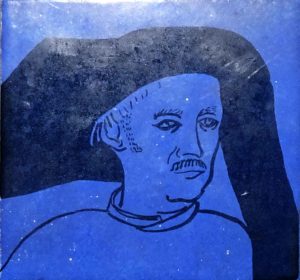 Portugal’s maritime history begins with fishermen and traders long before the Reconquista and the siege of Lisbon. (See last week’s entry.) Right up until the early 1400s Portugal was little more than an outpost of Europe. A largely insignificant country – like England or Norway – on the edge of Europe, just scratching by. Because of a long coastline, many people fished for a living in the coastal waters. Because there were fisher folk, there were also sailors and shipbuilders. Inevitably there were merchants too, people who helped build trade routes up and down Europe’s Atlantic coast.

Then in the early 1400s, along came Infante Henrique – Prince Henry the Navigator. Henry was the third son of King João I and his English Queen, Philippa of Lancaster. (Incidentally, Philippa was the sister of England’s Henry IV. Henry’s daughter, also Philippa of Lancaster, later married Eric of Pomerania – Erik av Pommern – and became Queen of Denmark, Norway and Sweden.)

Prince Henry (1394-1460) took what Portugal had in the way of seafaring expertise and made something more of it. His motivation – he claimed – was wholly holy. He wanted to carry the Reconquista onward into Africa, to take the crusade to the Moors. And he wanted to get back at the Arab pirates who regularly raided Portugal to carry villagers off into slavery.

To this end he encouraged the development of faster, more nimble sailing vessels – the Portuguese caravel with its lateen sail. He financed exploration further and further out into the Atlantic and south along the western coast of North Africa. He may have set up a school of navigation, although this seems to be more of a legend than a fact. 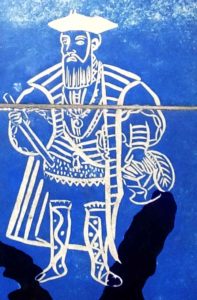 It was on Henry’s efforts that future Portuguese exploration built – and a century of effort finally paid off in 1499. That was when Vasco da Gama returned to Lisbon after the first European voyage to India round the south of Africa. The cargo of spices da Gama’s ships brought back was worth many times more than the cost of the expedition.

That’s the story the Maritime Museum tells, and it tells it well. A good story, with lots of detail and many objects displayed to bolster its veracity.

But it’s not the full story. Not by a long chalk.

Well, slavery for one thing.

It’s true that Henry the Navigator wanted to spread Christianity and put an end to slaver raids on Portuguese territory. It’s also a fact he wanted to make money from the expeditions – but more often than not lost money instead.

Western Africa was a land of gold – certainly gold came out of western Africa. The Portuguese reasoned it must come from somewhere, and Henry’s explorers were trying to find where. They were not very successful. However, they could see that slaves were a valuable commodity in Morocco. 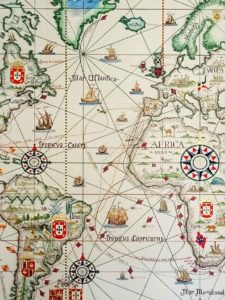 Rescuing kidnapped Portuguese from the pirate slave markets of Morocco, the Portuguese saw that black Africans were also being traded as slaves. Though they couldn’t find gold, they could certainly find people. From a very early stage, Prince Henry and his explorers started financing their exploration by raiding African villages for slaves. To begin with they sold the Africans to Moroccan slavers – the same people they wanted to stop trading in captured Europeans. Very soon, though, the Portuguese started using African slaves themselves.

As the explorations continued, more Atlantic islands were discovered, claimed for Portugal and colonised. The Portuguese started to colonise Madeira from 1425 and the Azores from 1433. In both places, from 1450 Prince Henry was encouraging the colonists to cultivate sugar cane and sugar beet. Refined sugar was in great demand in Europe and so a valuable cash crop – but cultivating it was labour intensive. Slavery was the answer. 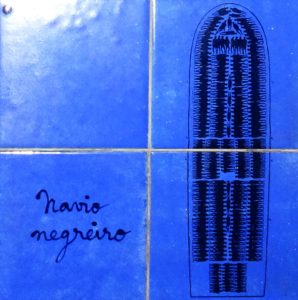 The transatlantic slave trade was born in the Portuguese island colonies. Throughout the 1400s it was the principle source of finance for the Portuguese Age of Discovery.

Afterwards, of course, the Portuguese slave trade was eclipsed by the Spanish, the British, the French, the Dutch… (Even Sweden had a small corner of it.) However, the former Portuguese colony of Brazil became the last country in the Americas to end slavery. It hung on till 1888.

Nowhere in the Maritime Museum is there a breath about any of this.

Quite a serious oversight I feel.

Interestingly, we did find one place where there’s at least a hint that some Portuguese have not completely forgotten this dark side of the Age of Discovery. Each of Lisbon’s underground stations has it’s own unique decorative theme. The nearest station to our hotel, Parque, was themed around the Age of Discovery. All the illustrations for this post that have dark blue backgrounds come from the tiles of the Parque station. And, as you see, here at least the slave ships figure.

There were other interesting absences in the Museu de Marinha. Nothing, for example, about the Portuguese Empire between 1600 and the French Revolution. (It was a period of decline when Portugal lost out to the Dutch and the British.) It was also curious to see how the museum chose to describe the loss of Portugal’s colony Goa to independent India in 1961. (Complete with a recording of funereal music.) Not to mention the veil drawn over the independence struggles of the African colonies 1961-1974.

Still, we enjoyed our visit. I’d go back again! 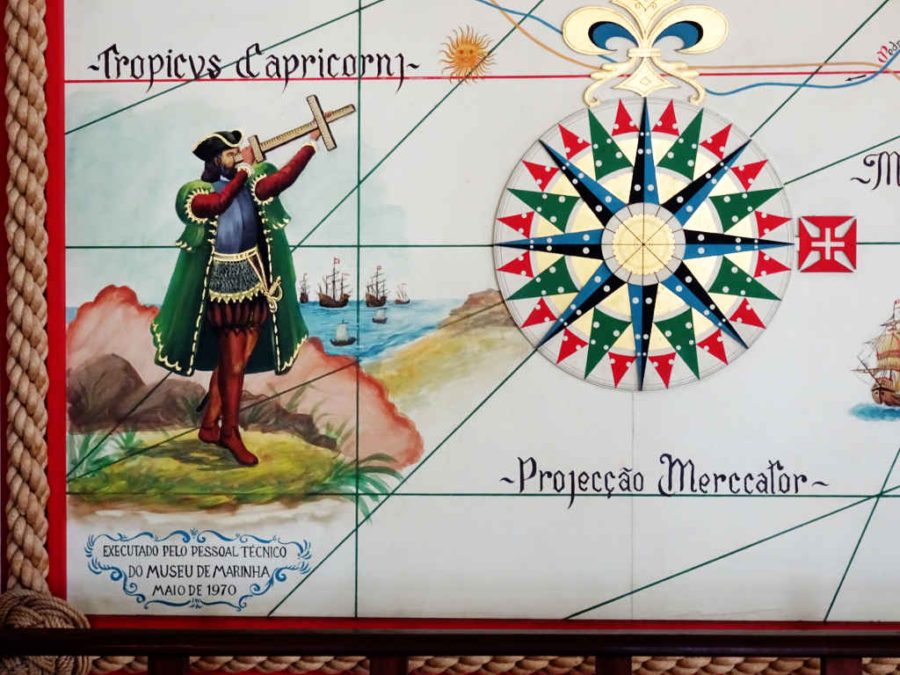 I originally published this article on the separate Stops and Stories website. Transferred here with a little polishing for SEO and a new featured image 6 July 2017.

3 thoughts on “The Age of Discovery at Museu de Marinha”