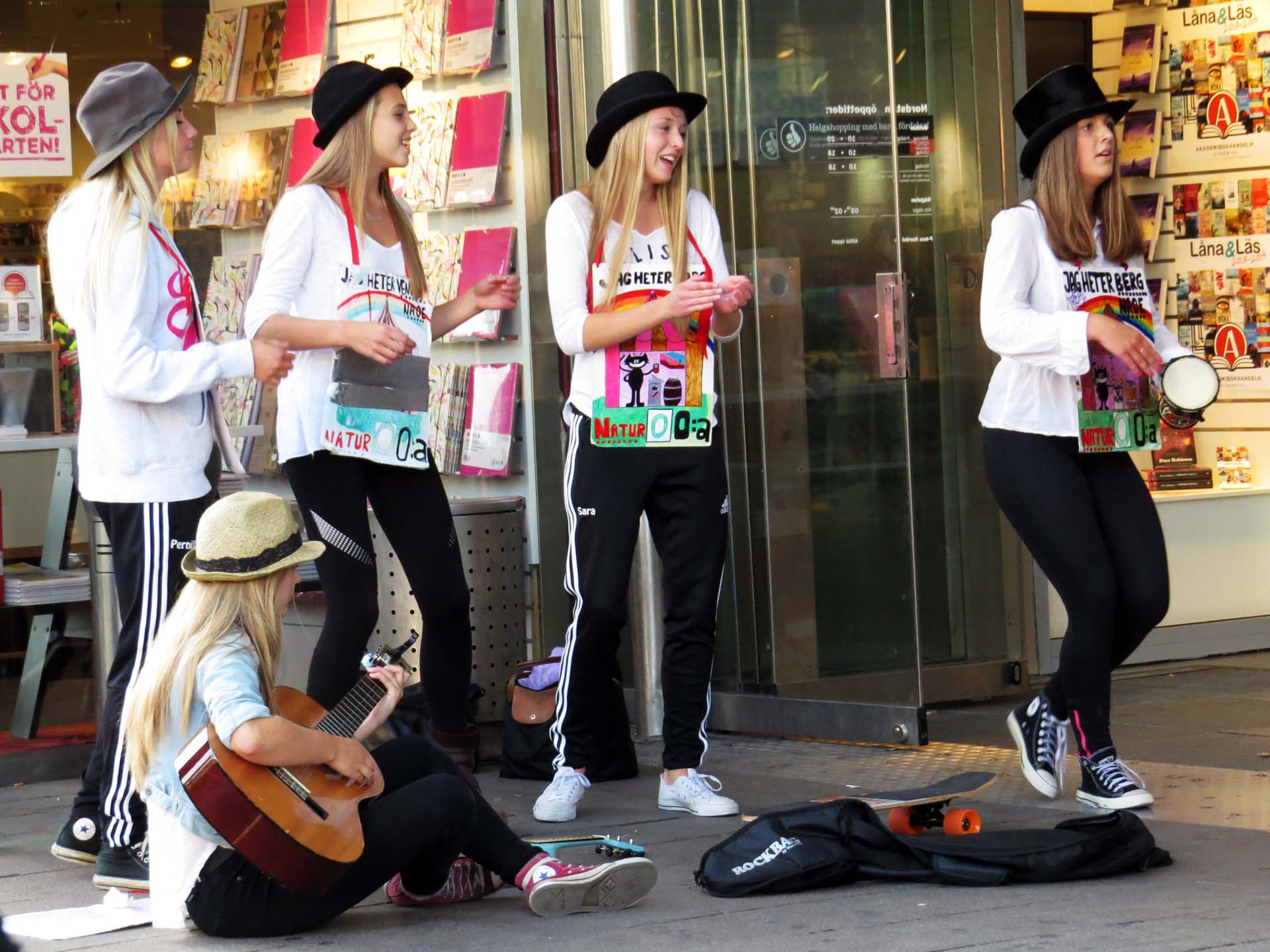 It’s the nollning season again, which is part of the reason for choosing to make this my photo of the week. I took this photo at the entrance to the Nordstan shopping centre (mall) on 3rd September 2013 and published it two days later at GBG365.

This is one of my photos that got most hits over time on my daily photo blog. It still gets them. Presumably it’s the key word rather than the photo itself, but I’m not one to pass up an opportunity to attract a few more visitors. I have no pride. 🙂 (A bit like the kids inveigled into nollning challenges.)

Nollning at Swedish universities – especially at the technical universities – is what initiation, fresher week or hazing is at British and American seats of learning. That means it varies very considerably from place to place and from year to year. The official purpose is to welcome fresh students to the college and integrate them into the community of the student body. The unofficial purpose – and perhaps the original purpose given the name – is to “reset them to zero”. To remind them, however important they felt in their final year of high school, here at university they’re back to being nothing – noll in Swedish.

Nowadays universities and student organisations are usually prepared to counter the worst excesses of nollning, and you’ll meet many students who look back with a laugh on their own nollning. But not all of them.

These girls seem quite cheerful. They’re all wearing signs that tell passers-by their names and that they are science students (Natur). Also that they are Nollas (= 0:a). They are busking and begging money – perhaps for a drinking party later in the day.

Here in Gothenburg nollning is most associated with Chalmers Technical University (Chalmers tekniska högskola), but the University of Gothenburg (Göteborgs universitet) gets in on the act too. As do some other institutions of higher education.

Below is a photo of the same group from behind. (They seem to have acquired an extra member.) And below that, two other photos I took of nollning activity the same day. 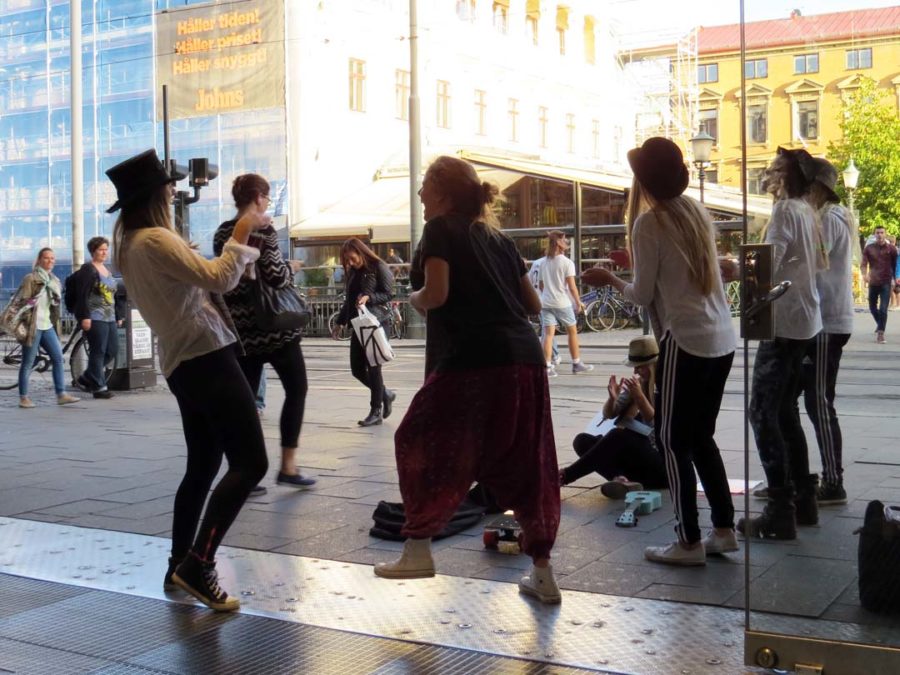 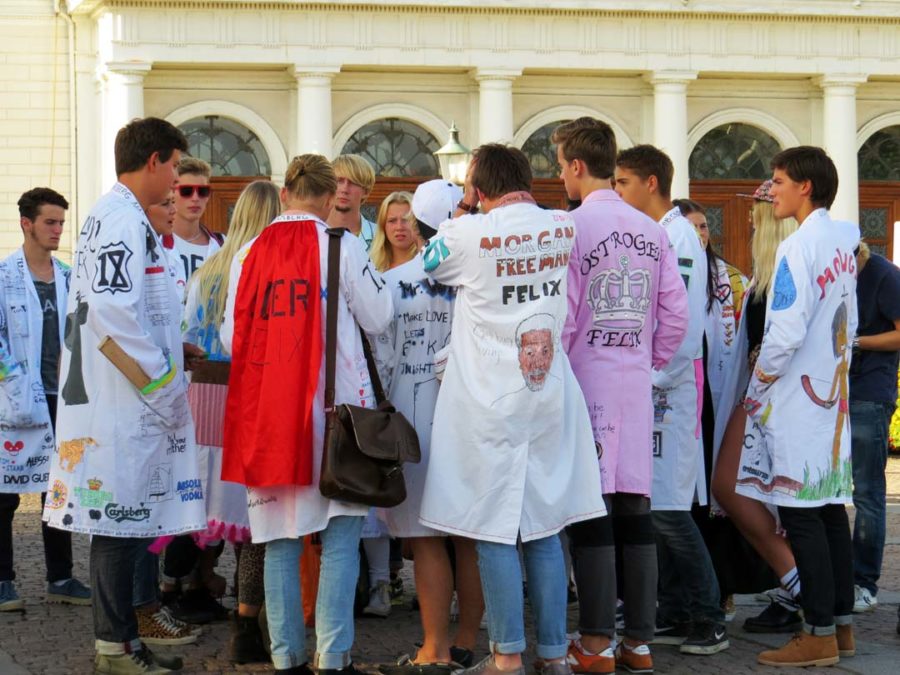 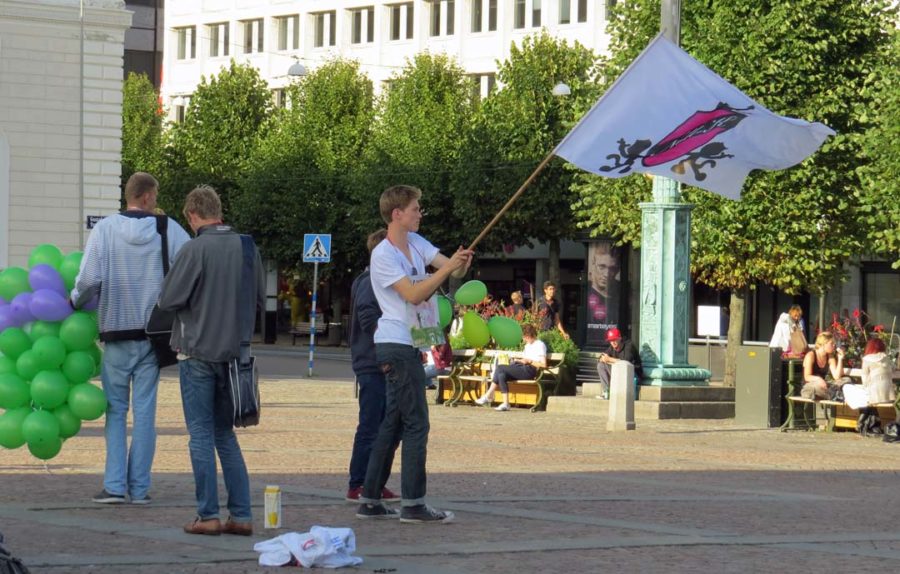