On the 12th April 2010, the Artwiculate Word of the Day was taciturn. For some reason I thought of Finland where I lived for two years in the 1980s. 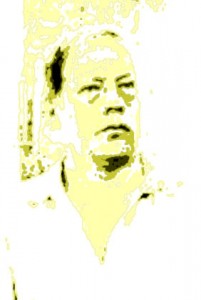 Seppo Suomaleinen was a taciturn man, as silent as only a Finn can be (and Finns pride themselves on their taciturnity).

But despite his taciturn nature, sometimes Seppo liked company. One day he crossed kilometres of forest to visit his neighbour.

Seppo’s neighbour across the forest was Harri Hetkinen, another taciturn Finn, who lived cutting wood and curing elk meat.

Harri Hetkinen wasn’t quite as taciturn as Seppo, and Seppo, in his silent way, enjoyed rubbing Harri’s nose in it.

Harri had once visited Helsinki and come home with a wife. The woman hadn’t coped well with the taciturn life of the deep forest.

Eventually, Harri’s wife left him for a passing Karelian. Karelians are well known as people who don’t take being taciturn seriously enough. 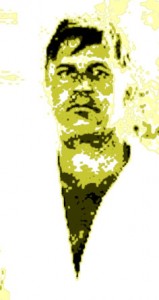 After his wife left him, Harri returned to his taciturn solitude, but had picked up a reputation as a talker, which he could not shake off.

Arriving at Harri’s cabin in search of taciturn company, Seppo opened the door, walked in and sat on the kitchen sofa. He said nothing.

Determined not to be outdone in taciturnity, Harri showed no surprise but filled the kettle with water and boiled up some coffee.

As Seppo continued to sit in taciturn silence, Harri put out two cups and a bottle of moonshine.

When the coffee boiled, Harri looked at Seppo. The taciturn man reached into a pocket and fished out two coins which he put one in each cup.

Black as sin and hot as hell. In taciturn silence, Harri poured coffee into each cup until the coins at the bottom quite disappeared.

Then still in taciturn silence, Seppo uncorked the moonshine and poured spirits into each cup until the coins appeared again.

Opposite one another, but each looking down into the cups before them. Anything but zen-like, the air vibrated with a taciturn emotion.

Silently, deliberately, each man picked up his cup and raised it, then – he couldn’t help himself – Harri looked into Seppo’s taciturn face.

Harri looked at Seppo, and his tongue loosened. “Kippis!” he said, Cheers! The dour expression on Seppo’s taciturn face deepened.

With taciturn deliberation, but at the same time infusing his words a deep satisfaction Seppo asked: “We going to talk? Or drink?” 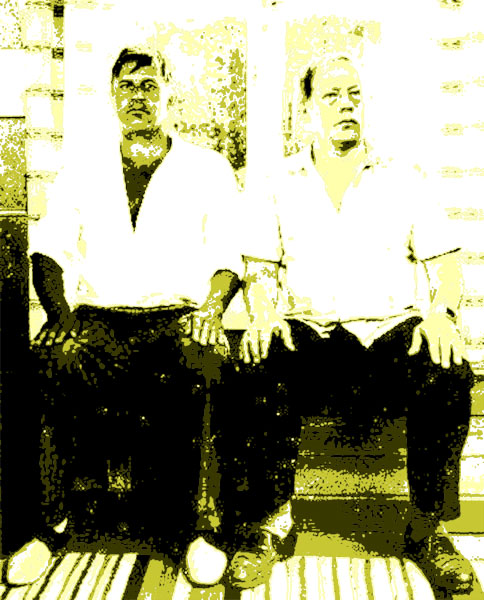 He would leave the forest. Move somewhere where competitive silence was not a requirement and being taciturn was not the measure of a man.

Perhaps his wife would come back to him. Or perhaps he could find another, someone who would help him cast off his taciturn skin.

But Seppo, radiating taciturn satisfaction, drank his coffee, stood up and walked out of Harri’s cabin, home through the silent forest.

There are three true things in the above story.

The coffee-and-spirits ritual and the “shall we talk or shall we drink” line come from jokes my father-in-law has been telling (about Swedes) for as long as I’ve known him.

Artwiculate is a game played on Twitter. Visit http://artwiculate.com for more information.