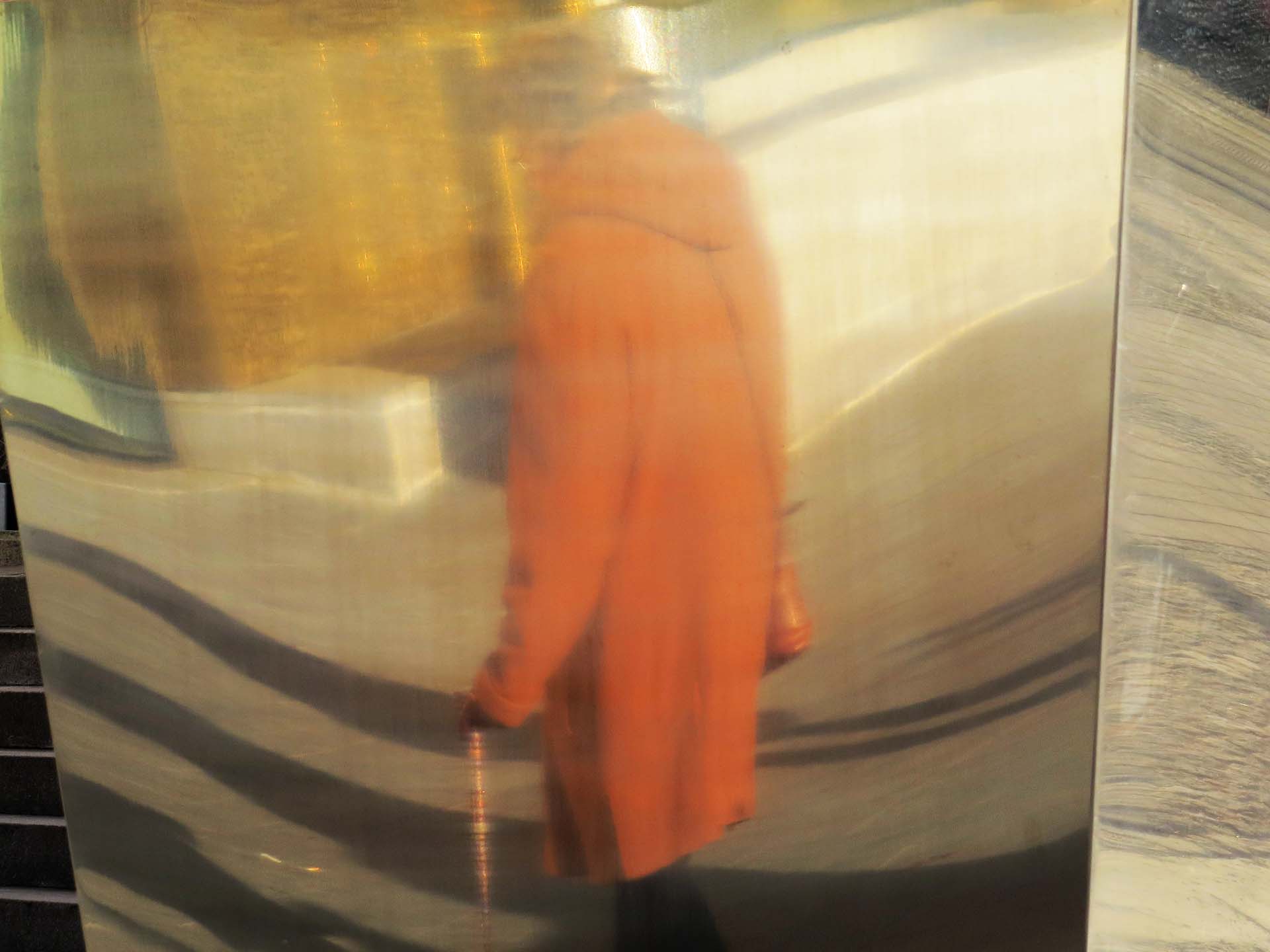 Ulla reflected in the polished steel urns outside the Clarion Post Hotel on Drottningtorget in the centre of Gothenburg. My mother-in-law was on her way to celebrate her 84th birthday with her daughters in the new bar of the old post hall.

The Post Hotel was once the main post office in Gothenburg, occupying one side of Drottningtorget (The Queen’s Square), next door to the central railway station. I can remember, in the 80s, going there to buy stamps just for the experience of entering this grand – pompous – building. The main hall, where the different counters stood and the clerks behind their glass windows, was dark and solemn.

Now it’s occupied by one of the hotel’s bars and restaurants. It’s still imposing though and a good place for a family party to celebrate a grand old lady.

Not only has the hotel preserved some of the grandure of the old post office, the new owners have gone to some trouble – and expense no doubt – to decorate too. There are interesting reflecting surfaces – the rock crystal that decorates the reception desk for example, or the gold mosaic on wall. There are also sculptures such as the postal delivery van, squashed flat and hung on one wall.

I’ve taken several photos here, but this is the one I like best. Probably because of the human element and personal associations.