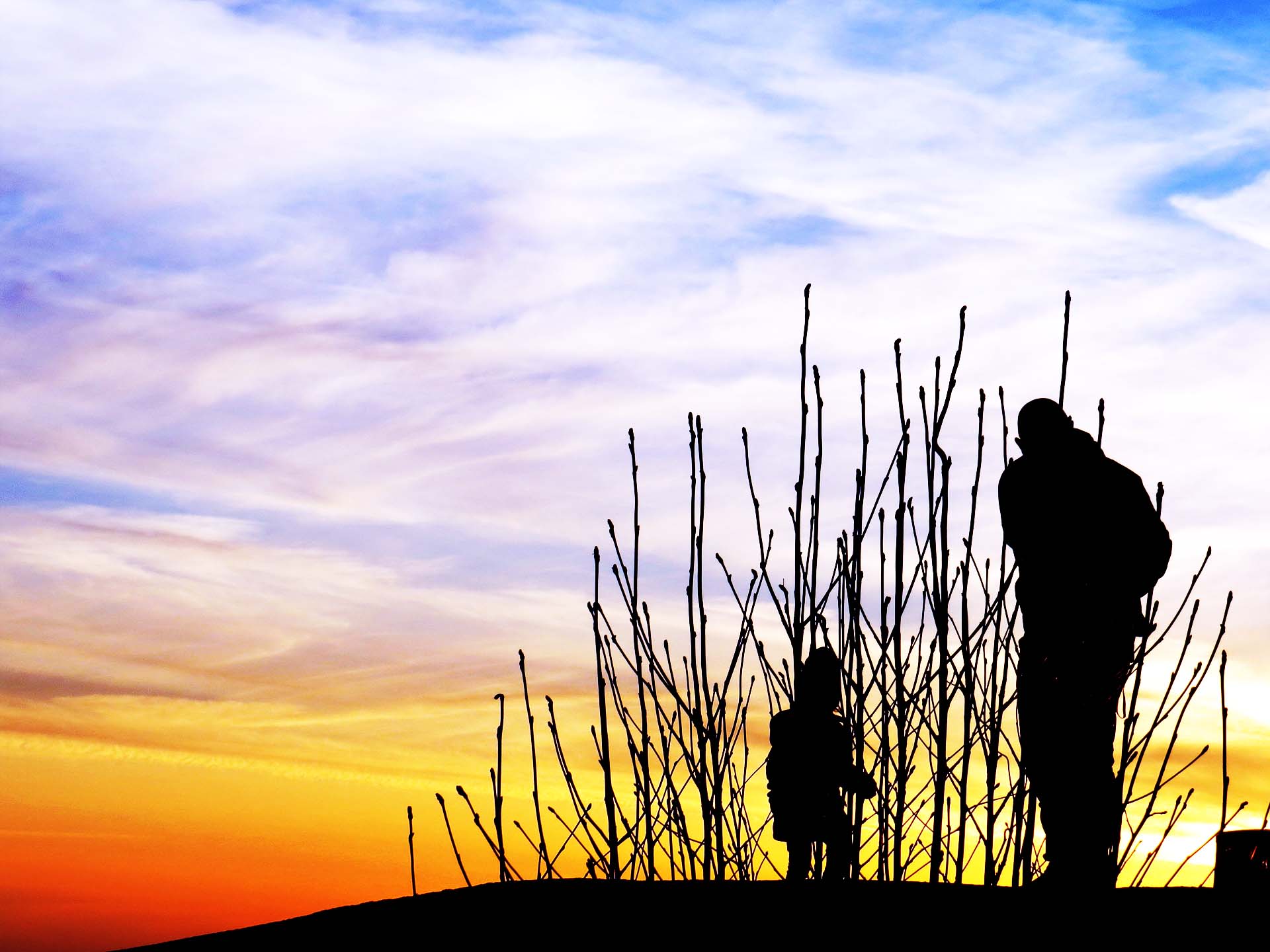 My photo of the week this week. A child and a father watching the sun set from the top of Ramberget. Originally published at GBG365 on 4th April 2014. It’s the colours I particularly like about this picture.

Ramberget is the little rocky hill (often aggrandised in tourist literature and called a mountain) just opposit the old city centre of Gothenburg on the other side of the Göta River. It’s not so little really – but it’s not a mountain. The highest top is about 87 metres (c.285 feet) above sea level. Still, it’s certainly one of the higher points around and offers some good views over the city as well as looking west to the mouth of the river – and the setting sun. The hill is part of Keillers Park – named for a local industrialist of Scots descent who bought up the land and donated it to the city.

The name Ramberget come ultimately from the Old Norse “hravn” meaning raven. “Ram” is a local dialect pronunciation. Whether it was “raven rock” because it was as black as a raven against the sun, or because ravens nested here, who knows? But I have heard ravens calling around Ramberget. (Not often, to be sure.)

I know there’s nothing in this photo that particularly identifies the spot as on Ramberget, but I promise you, that’s where I took it. I live fairly close, so a lot of my pictures come from here. If any more come up as photos of the week I’ll link them up eventually so you can see more, should you wish.