I’m sitting in the chair at the barber’s and the young man who’s cutting my hair is very concentrated. Very careful. Malik, I think. I’ve not seen him before. The one who usually cuts my hair – call him Rahim – is working on another customer in the chair next to mine. He looks over occasionally to check what’s going on. Advises in short bursts of Arabic. I understand Malik is new to the shop. He’s not new the profession as he clearly knows what he’s doing. But maybe he’s recently out of college. Or recently off the boat.

He doesn’t speak much Swedish, as we established at the beginning. Godmorron, Sir. Tack. Du kan sit…

I offered some English at the start, but he’s obviously not good in that language either.

The spoken communication doesn’t bother me. I’m not a barbershop gossip. I like silence and the sounds of the work. The snips of scissors, the buzz of electric clippers, the rasp of the razors. It’s soothing, almost meditative, and my mind wanders away. 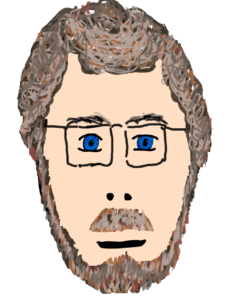 In Brussels my barber was Antonio; short, round with a pencil goatee. I always sat tall in his chair, even though he sank it as low as it would go. He had to hold his arms up high to trim the top of my head and I worried about him getting cramp in his shoulders. I offered to slump down – I mean I offered by action and expression – but he said, Non, non Monsieur!

Antonio was Italian, though to my ears his French was fluent. His English, however, not so much. In Brussels my one French sentence came in for much use: Desolé. Je ne comprends pas francaise. Parlez vous anglais?

The answer was invariably: Un peu. Which meant everything from a very little to near fluency. In Antonio’s case, though, it meant non-existent. We got by with hand gestures and raised eyebrows and the occasional: Court? Moyen. Bien sûr. Merci. It worked out fine.

Now I use the same technique with the guys in the shop here. Rahim comes from Iraq, he says. Malik too perhaps.

One of the positive developments in the world of barbering the last few years is the barbers’ greater competence and willingness to cut beards. For years, in Sweden, barbers seemed to avoid beards, to look down on them, be afraid of them almost. Ironically, since “barber” means exactly one whose job it is to cut beards. But then Swedish barbers always used to prefer to call themselves herrfrisör – men’s hairdressers.

I may have been exceptionally unlucky, but for 20 years or so I was left to my own devices when it came to my beard. No more. Beards are fashionable again. There are even barber’s shops that advertise themselves with pictures of beards in various shapes and degrees of luxuriousness. It doesn’t make the situation worse that the crowds of cool, young local barbers have been swollen by barber immigrants from the hirsute though sadly war-torn lands of the Middle East. 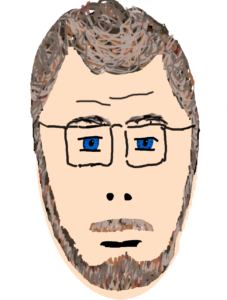 Of course, not being able to fully convey one’s wishes in exact language has its drawbacks. The first barber I visited after we came back from Brussels gave me a pencil thin moustache and a fringe of hair along my jaw line. Beneath this my fat old man’s waddle hung down disturbingly naked, pale and quivering for days. Eventually, thank goodness, the beard grew back in and camouflaged it again.

Then there was the other young man whose overeager wielding of his cut-throat razor – what Americans call a straight razor – left me with several little nicks on my neck. Closed off at first, apparently, by the stinging aftershave cream he smeared on, they opened and seeped blood on my way home. The collar of my shirt needed special attention in the laundry after that. That was another barber’s I didn’t go back to.

There have been a few over the years. My mind goes back to the first barber I can remember. I think his name was Reg, but I may be mixing him up with the actor Reg Varney who he looked a lot like. For years, from when I was about 7 or 8 until I was 14 or 15, I used to go to Reg for a “short back and sides”. Mum took me at first, then I went on my own. 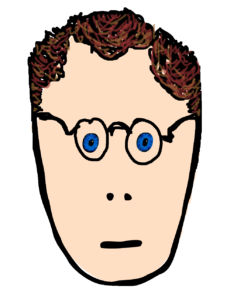 To begin with Reg would sit me up on a shelf clipped to the arms of his chair to bring me up to the right height. Later, I moved off the shelf and took my seat in the chair itself. All the time he worked, Reg puffed on a cigarette and conducted a series of conversations and banter with the other barbers working in the shop and with the customers getting their hair cut or waiting their turn. I don’t remember him talking to me.

He didn’t usually smoke when he was actually cutting my hair. The lit cigarette rested in an ashtray by the mirror, growing a little tail of ash. Every minute or two he’d break off what he was doing, pick up the cigarette and take a drag. He wasn’t alone. Several of the other barbers in the shop had cigarettes on the go and so did some of the men who were waiting. In my memory English barber shops are filled with cigarette smoke, with jokes about sport, complaints about the weather, and thick, phlegm-filled laughs that turn into racking coughs. I do not miss them.

Obviously Reg never used his cut-throat razor on me, but I remember it clearly. I admired it. It was the best thing about going to get my hair cut, looking at Reg wielding his cut-throat on the customer ahead of me. The razor was one of the traditional sort that folded out from a bone handle. There was a strop, a strip of leather, hanging beside the mirror and Reg would hone the edge of the razor before using it, Shwishing it up and down, up and down on the strop. 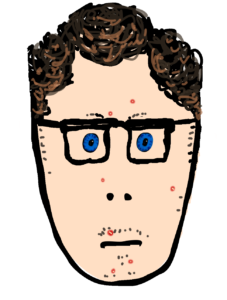 My father, when he was home from abroad (and before the separation), always shaved himself with a safety razor. He said he didn’t trust straight razors. I wonder if he would feel better about them nowadays. Rahim and Malik, like the other young men I visited before them, like Antonio in Brussels, are very careful to replace the blade in their razors with a new one before using it on me. The blades come wrapped in stiff, waxed paper – or perhaps it’s plastic – and they slot into the handles. It looks a bit fiddly, but I’ve not seen anyone cut their fingers yet.

When I turned 15 I quit going to Reg’s. I didn’t have an alternative lined up, it was a teenage rebellion. My hair grew pretty long before I bowed to social pressure from home and school and found myself a different barber.

About the same time, I stopped shaving.

That had less to do with teenage rebellion and more to do with acne. It’s difficult enough to learn how to shave your chin as a teenager; negotiating acne spots just adds to the complexity. Growing the beard – which was very sparse to begin with – theoretically hid the spots. It also saved me from chopping the tops off them and then having to decorate the resulting bloody mess with scraps of toilet paper.

Malik is being very cautious about my forelock. I must have gone on about it too much to Rahim last time. Demonstrated how I like to brush it around so it curls a little. Vanity, to be sure, but I’m quietly pleased I’ve inherited my father’s hairline and haven’t gone bald. My quiff is supposed to be an understated reminder of this, but at the moment it looks long enough to flop in my eyes. It needs to be shorter. I try to convey this with hand gestures and Swenglish. I think I’ve got the message across, but Malik only takes off a couple extra millimetres.

Not wanting to come across as even more finicky, I give up the effort. Besides, maybe it’s not as long as it looks. It’s damp now. Malik sprayed me with water before starting in with the scissors.

Where did I go for a haircut where they always washed my hair before starting? I don’t remember. Was it in Finland? Or Leeds?

Funny how only bits of it come back. I must have had hundreds of haircuts over the years. dozens of barbers. But I only remember a few. That one place in Bulgaria where they cut my hair wet with a razor. That was painful! Or the Iranian barber who wanted to pluck my eyebrows. And American Vicki in Sundsvall who persuaded me to be a model for her when she was taking her Swedish professional qualifications.

But Malik has whisked the cape off me now and is holding up a mirror. I can’t see a thing, of course – my glasses are still on the shelf where I put them when I sat down. Realising my predicament, Rahim, finished with his own customer, now picks up my glasses and fits them carefully on my face. I really would prefer to do this myself, but I submit. I admire the cut in Malik’s mirror.

Bien, I say, slipping back to Antonio’s. I mean, bra. Good. Tack! I give a thumbs up. Rahim looks pleased and Malik relieved. I think he passed a test.