A book review of The Faraway Nearby by Rebecca Solnit and Somebody That I Used to Know by Wendy Mitchell, two books read in parallel.

I was introduced to Rebecca Solnit – not personally, you understand, but to her writing – a couple of years ago. I really enjoy reading her books, but I have to take them one by one. There’s always so much in each that it takes time to digest. Now it’s over six months since I read Men Explain Things to Me. So I  was pleased when a casual glance along the bookshelves at the central library here in Gothenburg  showed me a copy of The Faraway Nearby on display and free to borrow.

I don’t know whether to pronounce Wound as a hurt in the skin or as the action of wrapping thread around a spindle; whether to pronounce Unwound as the action of disentangling or as meaning the opposite of being wounded. I have no doubt this is deliberate. This book is profoundly well organised and language is something Rebecca Solnit inhabits consciously in a way not many people do.

In one sense the book is about a period of time. The time following Rebecca Solnit’s mother’s admission to a home – “a charming independent-living senior apartment complex” (after which her dementia accelerated). Through to the time when her mother had become a “person who had been pared back to essentials”, and then to the time after she died.

In another sense it is about Solnit’s decision to accept a year’s residency in Iceland at a place called The Library of Waters. About her feelings for water, ice and snow, the Arctic summer and winter. About a decision made years before to always say yes to an offered adventure: “my standby motto, ‘Never turn down an adventure without a really good reason.'”

Storytelling and the thread of memory

Then again it is also about living and dying, about composition, decomposition and preservation, and about storytelling. The model of the book – one model for the book – is The Thousand And One Nights of Scheherazade. A book of “stories that carried over from one night to the next for nights that stretched into years.”

Along the way we learn (among other things) about: different ways of preserving apricots; Mary Shelley and the origins of the Frankenstein story; the many doors to and from Narnia; leprosy, the leprosy colonies of South America and their significance for the life of Che Guevara; the true meaning of sutra in the Buddhist tradition; Hans Christian Andersen’s “The Snow Queen”; volcanoes; the mutability of stories; and the many and various interpretations of the phrase from Ecclesiastes that the King James Bible translates as “Vanity of vanities; all is vanity.”

It is the thread of memory and the telling and retelling of stories that run through the book, stitching it together. Knotting it together. This is not a book about dementia and memory loss, though it is informed by the disease that eats away at Rebecca Solnit’s mother. However the book certainly raises the question of what happens when the stitching becomes loose, the thread broken. 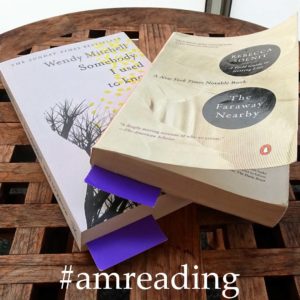 As I’ve discussed before, I sometimes find myself reading two different books parallel with one another. Usually I don’t plan my reading, but I’m often fascinated by the serendipitous similarities or bridges I find between the two books. I suspect this may have more to do with the human mind’s inbuilt determination to identify patterns, but the connections are sometimes striking.

I’d been reading The Faraway Nearby for a couple of days when the post brought me Wendy Mitchell’s Somebody I Used to Know.

I’d written this title up sometime in the spring when I heard either a review or an extract read aloud on the radio. What I’d noted down was the name of the author and the title, but I’d neglected to write what the book was about. And so I forgot.

I knew it was a book I wanted to read, but I didn’t remember why. I looked for it anyway, but I was unable to find a copy in the English language sections of my local bookshops. It didn’t figure in in the catalogue of Gothenburg city library either. Finally, I bought it online with a parcel of other books, more or less sight unseen.

Somebody I Used to Know

Bear in mind I was about 55 pages into The Faraway Nearby with all its intricate interlocking stories and memory structures when I read on the back cover of Somebody I Used to Know: “What do you lose when you lose your memories?”

And then: “When she was diagnosed with dementia the age of 58, Wendy Mitchell…”

Alzheimers Disease International tells me there are about 50 million people world-wide with Alzheimer’s, of these about 5% are currently diagnosed with early-onset dementia. Wendy Mitchell was in the middle of a successful career as a hospital manager, working at the busy Saint James University Hospital in Leeds. She held in her head the work rosters of all the staff she was responsible for and was the go-to person for anyone who needed help with the computer programme that organised the time and the shifts for the doctors and nurses.

This didn’t all vanish overnight. As she writes – and repeats several times (presumably reflecting the number of times she has to say it) “even dementia has to start somewhere”. People with dementia, perhaps especially people with early-onset dementia, do not go from compos mentis to gaga at the click of a switch. There is a process, which may be longer or shorter. Wendy Mitchell shows how it is possible to take steps to extend the period when one can operate independently even with the disease.

Of course the most outstanding thing about Somebody I Used to Know is that it is, apparently, the first book ever to describe dementia from the inside. This makes it at one and the same time heartening and desperately sad. Heartening because of the determination Wendy Mitchell puts into fighting the disease, and the degree of success that she has. Sad because of the inevitable decline that you know she is facing.

Personally I was struck by how many of the things she describes as symptoms of the disease are familiar, even everyday. Who has not walked from one room to another with the intention of doing something or fetching something, only to forget what it was soon as you step across the threshold? Or written a cryptic note as a reminder only to find oneself later completely at a loss to interpret it?

In the depths of a depression brought on by stress, I was certainly extraordinarily clumsy. I broke things, I fell against things and I bruised myself. Out walking I missed my step, twisted an ankle and fell headlong. The first sign of her disease that Wendy Mitchell describes in the book comes when she is out running and apparently missteps, falling and cracking her head on concrete.

I find all this very immediate. Very nearby. It makes it easy to appreciate her confusion and uncertainty at the beginning. Maybe she was simply overworked? But all the time she has a growing sensation of unease and eventually comes the diagnosis she fears but anticipates. 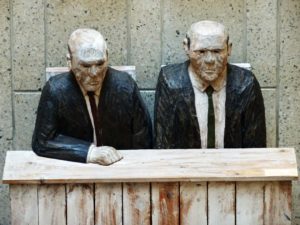 Just as with The Faraway Nearby, Somebody That I Used to Know has an interesting structure. The story of Wendy Mitchell’s life today, living with dementia, is inter-cut with a kind of commentary in which she looks back at the person she used to be – the somebody that she used to know. The day-to-day sections are all retold in the first person.

I’m in the kitchen making a cup of tea. It’s a tiny kitchen… and there is a door through to it from the hall, another from the living room. But today they are both closed. I turn to get the milk from the fridge and suddenly I feel completely disorientated. I look from one door to the other, utterly confused. Where do they lead?

The intercut sections are told in the second person:

You never liked to make life easy for yourself, did you? Once you got that career bug, the only way for you was up. You always liked a new challenge…

This structure allows the author to remind the reader repeatedly that the Wendy Mitchell who is writing is not the same as the Wendy Mitchell from before the diagnosis. As readers we probably have no developed idea of who Wendy Mitchell is (even if we come to the book in full knowledge of its subject matter). The author is clearly competent, literate, an expert communicator. But she wants us to understand that her author character is a construct. Not complete.

Of course this is true of any author writing any autobiography or memoir, but it’s doubly so for Wendy Mitchell. Her dementia may be gradual, but it is inexorable.

I’ve been looking for a way to tie off this book review in a smart way, knitting the two books together. But I find myself tangled in metaphor. And this paragraph that, I promise, started out without any metaphors has already picked up three. Bear with me.

One of the things I take away from Rebecca Solnit’s book is that the person we are is someone we create and re-created daily from our memories and the stories that we tell about those memories. In writing a book the author knots together a net of accounts, memories, stories and events into a new whole. The book becomes itself a repository of memories, and a new memory for the author of the time when she wrote it.

Wendy Mitchell’s book is exactly this. A collection of memories and events, stories and insights structured to help her hold onto herself even as the person she used to be fades into a mist. But the book she has created is not just for her. It is for everyone who reads it. It is a unique insight into dementia for those of us on the outside. Also an inspiring demonstration of the strength of one person facing the challenge of dementia and coping.

Quite early in her book, Wendy Mitchell describes how she has to give up reading novels. She can no longer hold in her mind the characters or the plot from one reading session to the next. (Her solution, so as not to lose the pleasure of reading, is to read short stories.) I would love to be able to recommend The Faraway Nearby to her, but I fear it is too long and intricate for her to be able to appreciate.

I think I’d have more success recommending Wendy Mitchell’s book to Rebecca Solnit, who I think would also get a lot out of Somebody I Used to Know.

However, since realistically neither Rebecca Solnit nor Wendy Mitchell are likely to read this review, I’ll content myself with saying that I thank them both. I appreciate the opportunity they have given me to write this and, through writing it, reflect on the role of the author. 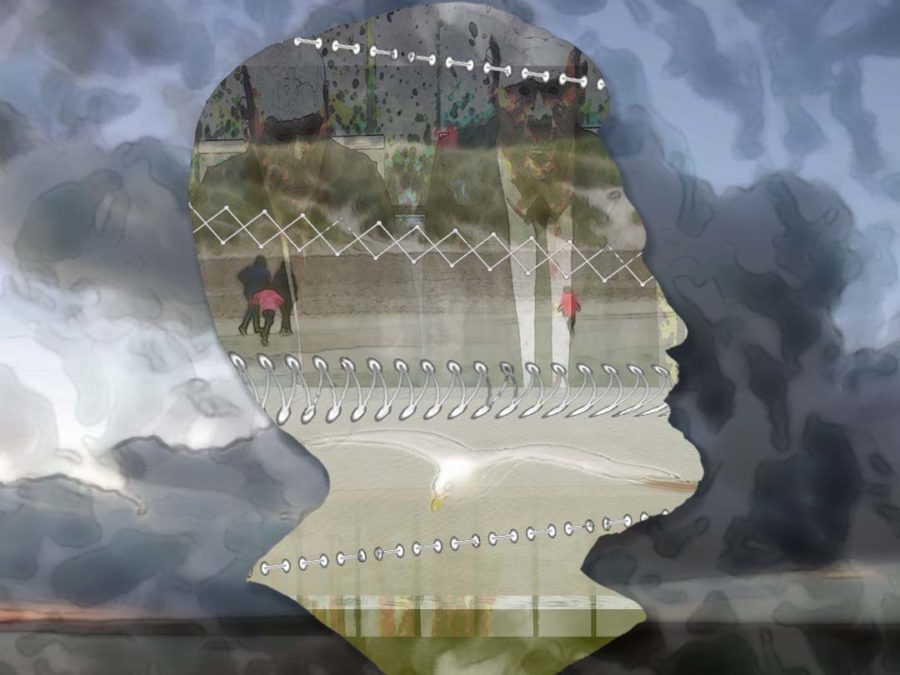