The weather has been occasionally dull, occasionally bright for the last week or more. On Saturday it was dull. Very dull, misty, grey and monochrome both here in Brussels and across the country. Not a day to go sightseeing in Ghent as Mrs SC and I had planned. Especially not when the attractions include the view from the Belfort tower (“access via a lift”) and the Sint Michiels bridge that “offers the best views of the city”. In Brussels the tower blocks at the Gare du Midi and Gare du Nord disappeared into the mist at about the sixth floor, so we knew views would be limited.

Nevertheless, we took the train and arrived at Gent-Sint-Pieters station in about 40 minutes. (€10 per return ticket. Not bad.) It was 2½ kilometres into the town centre, we discovered (we could take a tram). On the other hand, not 10 minutes walk from the station was the City Museum of Contemporary Art – Stedelijk Museum voor Actuele Kunst – which gets abbreviated to SMAK. (Something my Swedish readers will appreciate, smak being the Swedish word for “taste”.) Showing at SMAK right now is an exhibition of contemporary drawing: The Bottom Line. We chose the museum.

It was a good choice. The museum was exhibiting work by more than fifty artists. All active since the 1950s and most still with us yet, and still working. Inevitably some were more to my taste than others. But the cumulative experience of seeing what artists can do with (by and large) monochrome lines on paper was dramatic. I came out itching to pick up a pencil or a piece of charcoal, or playing with ideas of how I might achieve some of the same effects in digital drawing.

We spent a good four hours going around the rooms at the museum, looking at the drawings. (There were also, as a contrast, some light installations by an English artist with a Danish name who works in Belgium – Ann Veronica Janssen.)

Interestingly, as we made our way back to the station afterwards, the subdued light in Ghent combined with the memory of the drawings gave me the distinct impression that some of the drawings were not nearly so abstract and divorced from real life as at first they appeared.

See what you think. Below is an abstract drawing by William Anastasi from the exhibition and under it a photograph of pollarded trees in Ghent. 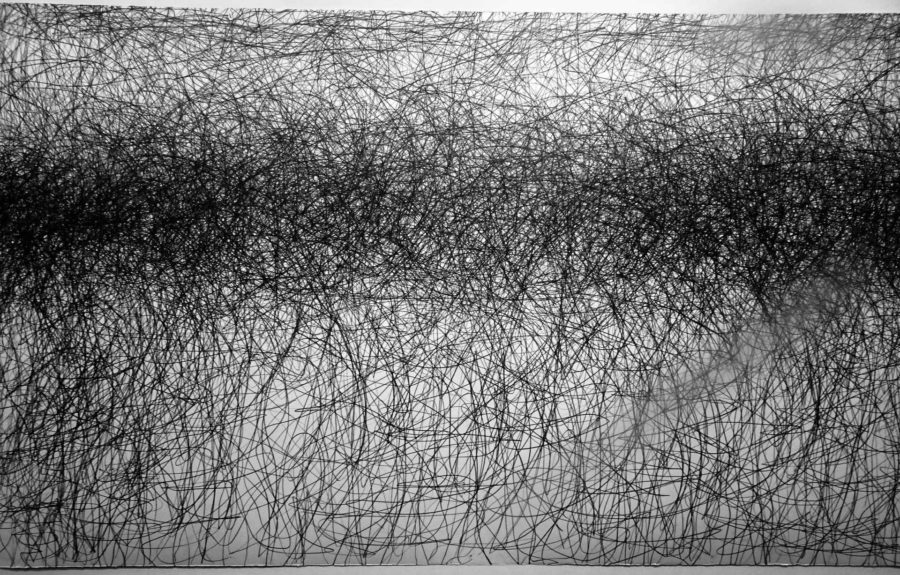 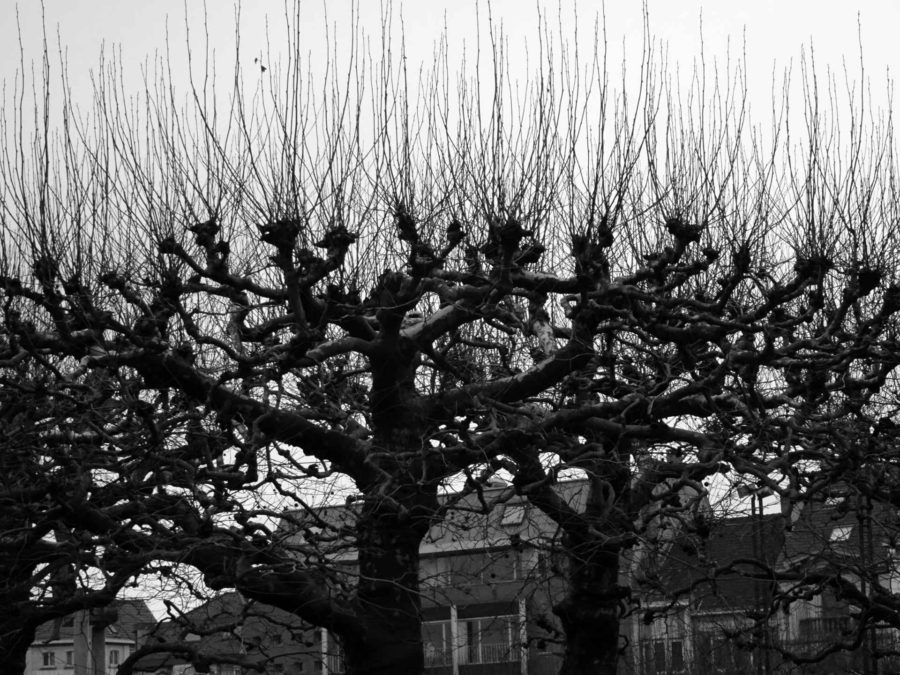 And here are two more pictures. The first is part of a larger drawing in six panels – unfortunately I don’t have a note of the artist. The second was taken at Gent-Sint-Pieters station. 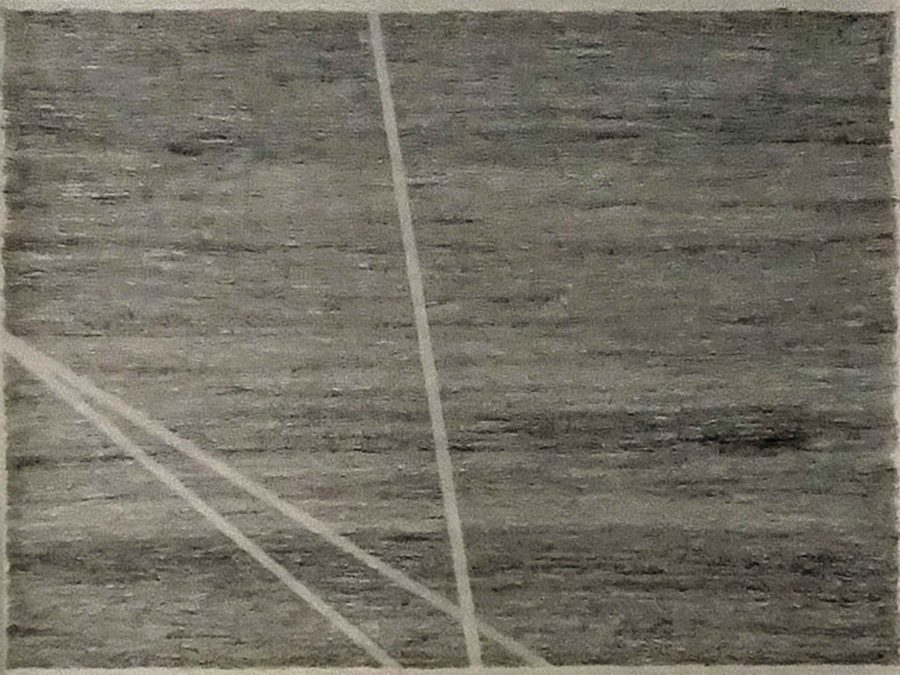 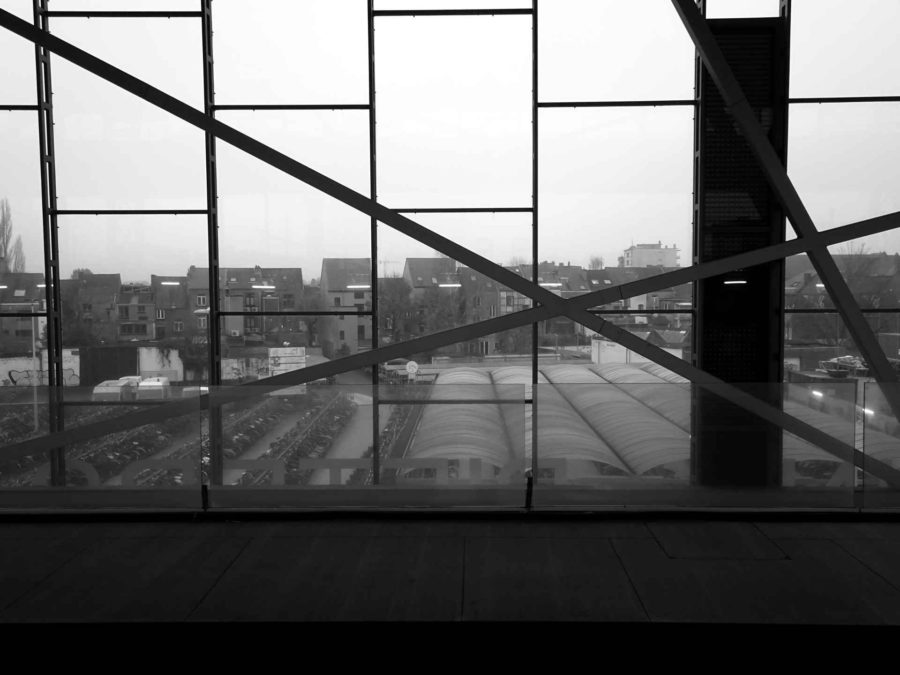 The formally framed pictures in the museum and the spaces between them were beautifully reflected in this candid shot of a mother holding her daughter to look down into the well of the museum at the reception desk below. 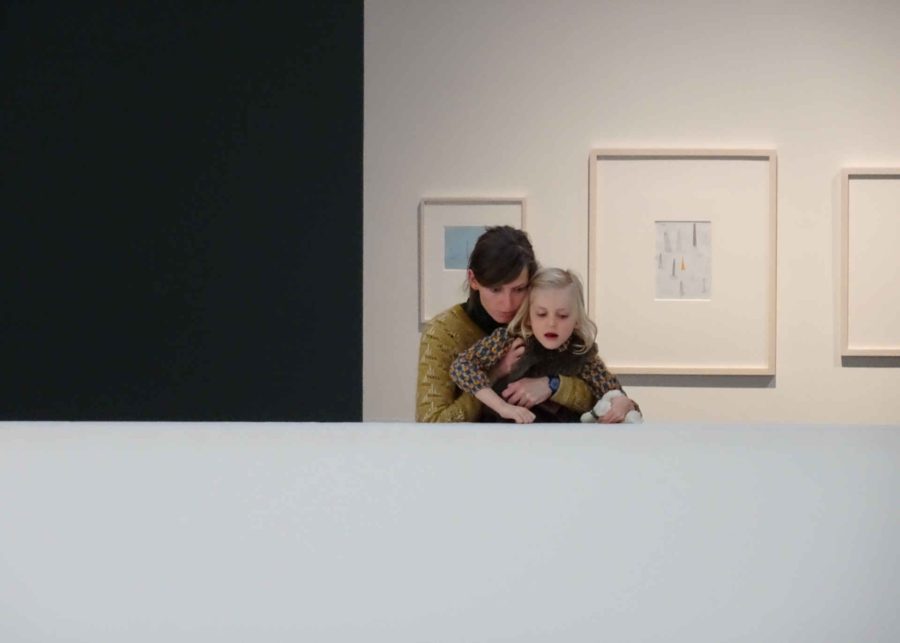 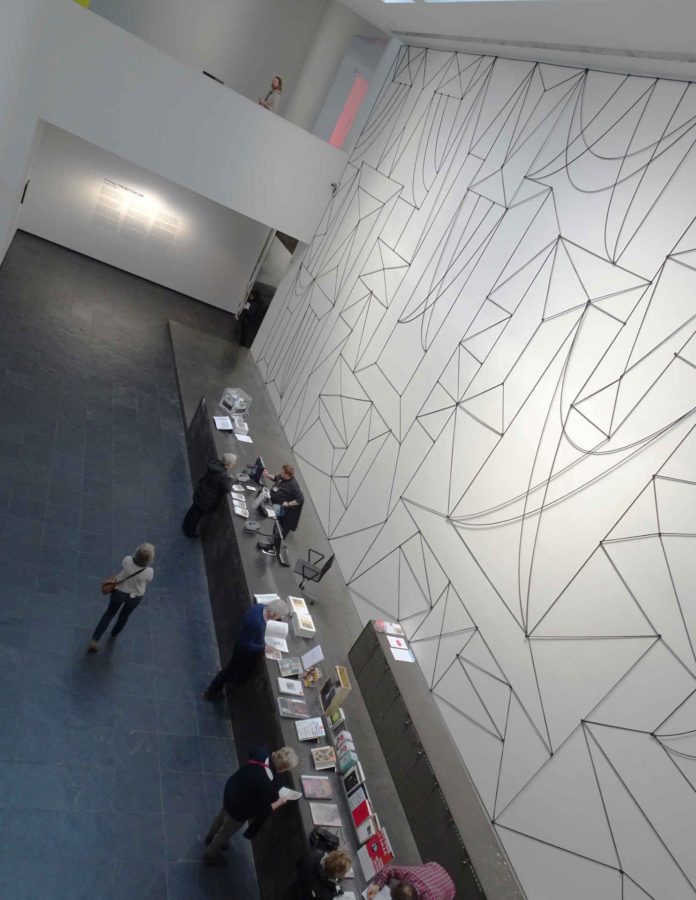 And finally, as we waited in the late afternoon gloom for the train home, I noticed these illuminated panels. They are set in the floor of the platform. I was fascinated to see the patterns created on them by the marks of travellers’ boots.

Not so much this week as I am working on my entry for the first round of the NYC Midnight Short Story Competition.

I originally published this article on the separate Stops and Stories website. Transferred here with a little polishing for SEO and a new featured image 5 November 2017.

4 thoughts on “Drawing the Bottom Line in Ghent”