Here are some photos from the disused Dieweg cemetery. It’s in the Brussels municipality of Uccle, near the southern entrance to Wolvendael Park. I’ve written about graveyards before – in Brussels, the cemetery at Ixelles/Elsene near the Free University. But the one at Dieweg is interesting in a different way.

It appears it was opened as an overflow for Saint Gilles – another of Brussels’ 19 municipalities – in 1866. It was closed in 1958 but hasn’t been completely abandoned. A workman comes to unlock the gates in the morning. He visits again at 4pm to lock up and tolls a bell for 10 minutes beforehand so as not to trap the living inside. There’s evidence too that the main pathways and even some of the tombs are maintained. However, by and large, nature has been allowed to reclaim much of the graveyard and roots and branches embrace many tombstones.

Although the cemetery is officially closed, I think that must mean closed for new graves. Family graves that were started before 1958 are still clearly in use, with new names and more recent dates added to older headstones.

Dieweg preserves (as the information pillar at the entrance remarks) “a century’s worth of the main trends in funerary art”, with especially many ceramic decorations, flowers, wreaths, pillows and clasped hands. Also stone carvings and ironwork crosses.

In the sunlight of an afternoon in the early summer, it has a charm and a peace. I’m not sure how it would appear in the autumn mists or on a winter’s evening. Eerier, I guess. I should remember to come by with my camera again in October or November. 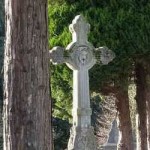 Stories from the sleeping place 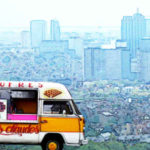 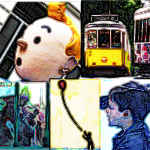 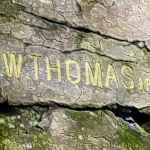 His name set in stone

1 thought on “In the Dieweg Cemetery”