My original plan for this week was to write about the very interesting and enjoyable interview that I had last Friday with Michelle Thomas in the cafe at Crystal Palace railway station in south London. Michelle is four or five months into a crowd funding campaign to publish her book I Will Pay You 1 Pound for Your Story. However, my own crowd funding campaign just went live and – more to the point – I’ve been working with it almost without a break since getting back from England. For this reason I’m holding Michelle’s interview over to a time when I hope I’ll be able to do it more justice. [I never did and I’m still feeling guilty about that. May 2019]

I was sitting on the edge of my seat with my laptop revved up at 8 o’clock this morning. That was when the campaign site for My Gothenburg Days/Dagar i mitt Göteborg went live. Up until that moment I did not know whether it would work or what it would look like exactly. Most importantly, I did not know whether the TinyUrl and QR code that I had made would work, even though I’d printed them on 500 flyers.

I made the TinyURL and QR code because the actual URL that the website gave me was this:
https://www.fundedbyme.com/en/campaign/4441/my-gothenburg-days-dagar-i-mitt-goteborg/#.VCKOcRaGd8F
Which I think you’ll agree is a bit on the long side.

Before the website went live there was no way to test them. 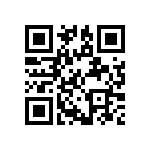 I’m pleased to say – they DO work! (Try them yourself.)

The crowd funding website that I have ended up going with is FundedByMe. I can say that I’ve had very good advice and help from a number of different people that I’ve been in touch with there. On the other hand, I haven’t found their instructions or their website for creating the campaign 100% user-friendly. It is my impression that they would prefer to run campaigns that are equity or loan based and I think they see themselves as an international player in competition with Kickstarter.

Unlike Kickstarter, FundedByMe has no category for Publications so my book campaign is categorised as “Other”. If you look back and read earlier blog posts you’ll see that I chose FundedByMe because it seemed the most professional crowd funding website in Sweden, but I did look seriously at Kickstarter and only rejected that website because as a resident of Sweden I could not run a campaign through them. However Kickstarter is now accepting campaigns from Swedish residents. (Am I starting to kick myself? I think it’s a legitimate question.)

My next campaign (!) may very well be a Kickstarter campaign. Although, who knows. If I manage to raise the money I need for my photo book with FundedByMe perhaps loyalty will keep me on their site.

Meanwhile we are in the run-up to Gothenburg’s Book Fair which opens tomorrow morning (Thursday, 25 September). This afternoon I have to get down to Svenska Mässan to help out with the Egenutgivarna’s stall (A03:50 if you are attending and want to visit). I have to make sure that my flyers – the ones with the QR codes – are stuffed into the advertising folder that we’ll be giving out, I have to make sure that the cover of my book is visible somewhere on the stall, I have to learn how to use the iZettle credit card payment system we have, and I have to try on the T-shirt that I must wear when I am acting as “crew” on the stall.

“How big a T-shirt do you think you’ll need,” they asked.

“Well, I can get into extra large T-shirts – better make it a double extra large,” I said. Now I’m wondering whether double extra large was really large enough. Maybe I should have gone for triple extra large. Too much beer and fish and chips when I was in the UK. On the other hand, I did walk around a lot. Maybe I’m no bigger now than I was before. (And, let’s face it, that’s pretty big.)

At least I know the shirt fits that I’m wearing this evening to go to the Book Fair Press Night. (Though I’d better try it on just to be sure.)

Enough from me now. Till next week, cheerio!