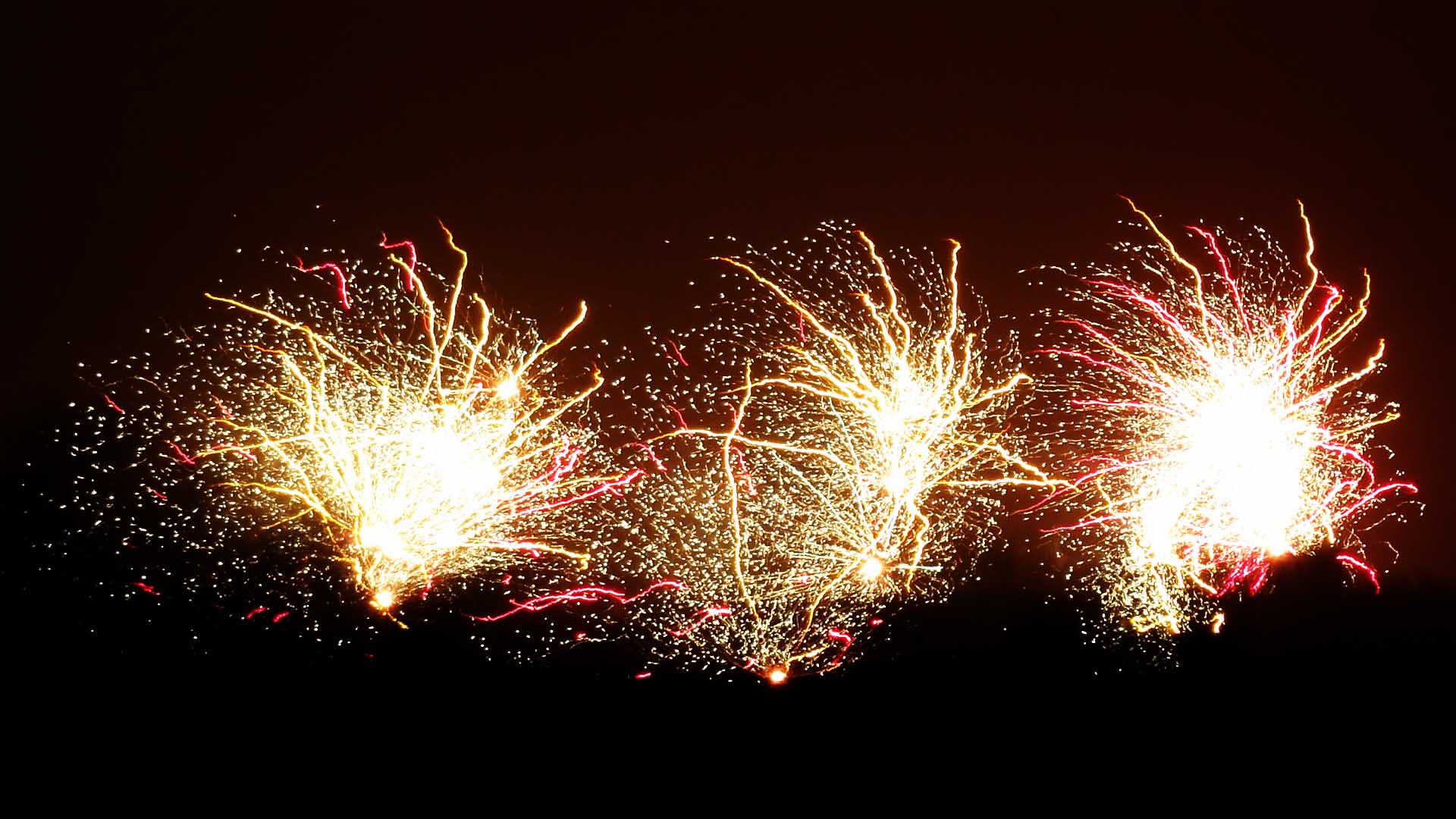 Wishing everyone a Happy New Year in 2017! A gallery of photographs of the Göteborg-Posten firework display over Gothenburg. For ten minutes from 5pm in the dark of Saturday 31st December 2016. I took the photos from my mother-in-law’s balcony.

According to Göteborgs-Posten (on the link given above), the GP firework display is the largest New Year firework display in Sweden. And they’ve been blowing up the sky here since 1982. Every year the GP firework-master claims, “This year is bigger and better than last year!” Bigger, maybe, but the effect of the display depends on the weather. When there is a strong inversion and low clouds, the fireworks can all but disappear. This evening was a clear one though. As you can see.

Occasionally I get asked about New Year fireworks in Britain. I used to say “November 5th.” Throughout my childhood for years Bonfire Night was fireworks night. Things seem to have changed in the 30 odd years since I lived there. Nowadays, it seems, there are New Year fireworks to be seen – at least in London.