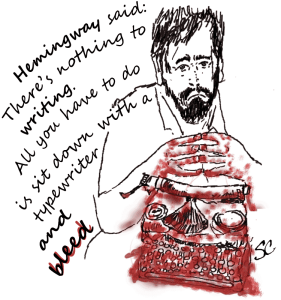 Yes. I’m one of those pedants who think it should be called the inter National Novel Writing Month. I know there’s not a snowball’s chance in hell that anyone is going to change it. Not now. But I can’t help myself.

For readers who may be mystified, I’m talking about the National Novel Writing Month – NaNoWriMo – taking place now in November. The challenge is to write a 50,000 word novel in one month, before midnight on the 30th.

There’s a great deal of really positive things to be said for NaNoWriMo. Since the first, which took place with 21 participants in the San Francisco Bay area in 1999, hundreds of thousands have taken part. Probably millions. They have signed up (or simply adopted the challenge without signing up) and tried to produce a couple of thousand words a day, every day, throughout November. 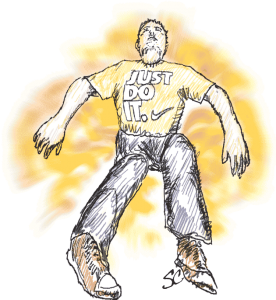 Right now there are perhaps 400,000 people all around the world taking part in this year’s edition. According to the NaNoWriMo website thousands of people are signed up under different Regions all around the world. From “Africa: Egypt” (19,748) to “USA: Wyoming: Elsewhere” (1589). Turns out there are more than a thousand signed up in “Europe: Sweden: Göteborg” where I live. I don’t know whether everyone signed up to a region is actually writing this year.

Obviously, I’m not signed up (otherwise I wouldn’t have only just discovered all of this). And I’m not, this year, taking the challenge.

Yes, I have had a shot or two in the past (2009 and 2010). But November is a pretty bad month for me to take on a challenge like this. It’s dark, the days are short and grey, and my head is full of self-doubt.

I’ve tried to apply the principle – pushing on with a novel in order to reach a 50,000 word target against a month’s deadline – to other months. August in 2013; September in 2015. But that didn’t work out either. It’s hard to do it on your own. 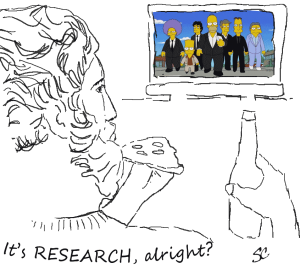 Exploring NaNoWriMo’s homepage I just discovered that they run virtual Writing Camps nowadays in April and July. There’s a similar target as for November although participants can set the length of their novel “anywhere from 30 to 999,999 words, hours, lines, or pages”. I think I’m going to have to try that next year.

Every year hundreds of thousands take part. How many books come out of that? I guess that depends on how you count. Everyone who completes 50,000 words is a “winner” – not by any means everybody who starts. But according to this year’s NaNoWriMo press release last year more than 58,000 out of 394,500 completed the challenge. So – what’s that – a little under 15% or 3 in every 10? But not every 50,000 word novel goes on to become a fully developed work fit for publication. Especially not publication by established publishing houses.

A “Wrimo” is someone participating in NaNoWriMo and the website includes a “Published Wrimos” page. According to this just under 500 books that started out as NaNoWriMo projects have been published traditionally since 2006. A little over 130 have been self published. On the NaNoWriMo Wikipedia page the most well-known traditionally published NaNoWriMo novel is Sarah Gruen’s Water for Elephants. Published in 2006, it was made into a film in 2011. 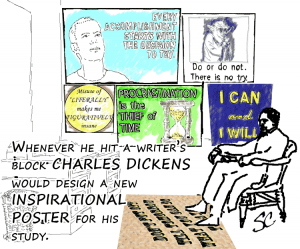 Writing is a very solitary process. I suppose the most valuable thing about participating in NaNoWriMo is the opportunity to communicate with other people doing the same thing. That and the deadline. Unless you have a contract to publish your book – and how many of us have that? – you’re pretty free to spend as much (as little) time as you choose on your writing. Committing yourself to a deadline can give you a target to aim for. It can spur you along.

Or it can give you another hurdle to stumble over. Another way to fail. Which, I’m afraid, is how I tend to think about it.

A week ago I read a very encouraging article on the Writer Unboxed website. Bill Ferris’ post called “How to Abandon your NaNoWriMo Novel without Humiliating Yourself“. It opens with this positive statement:

Most people who start NaNoWriMo never finish their book. They get busy, they run out of steam, life gets in the way. It happens. There’s no shame in that.

But it goes on to imagine the Wrimo who has “been crowing since August” about the fantastic story s/he is going to write. About how, in November “I’m gonna crank this thing out, edit it in December, get an agent by February, ink a deal by May…” The article offers this Wrimo five face-saving “exit strategies”. I think these could work for anyone. Perhaps even for someone who is not taking part in NaNoWriMo but has been writing a novel for 10 years without completing it.

By the way, my dictation program hears me saying NaNoWriMo and prints “nano rhino”. I think that’s the start of a science fiction novel right there – The Hunt for the Nano Rhino.

Except for the rhinos stolen from Albrecht Dürer, the illustrations are all doodles I made for the 2013 NaNoWriMo, published elsewhere in this website.

Tip of the hat to Amy Winehouse for part of the title (from the chorus of “Rehab”).