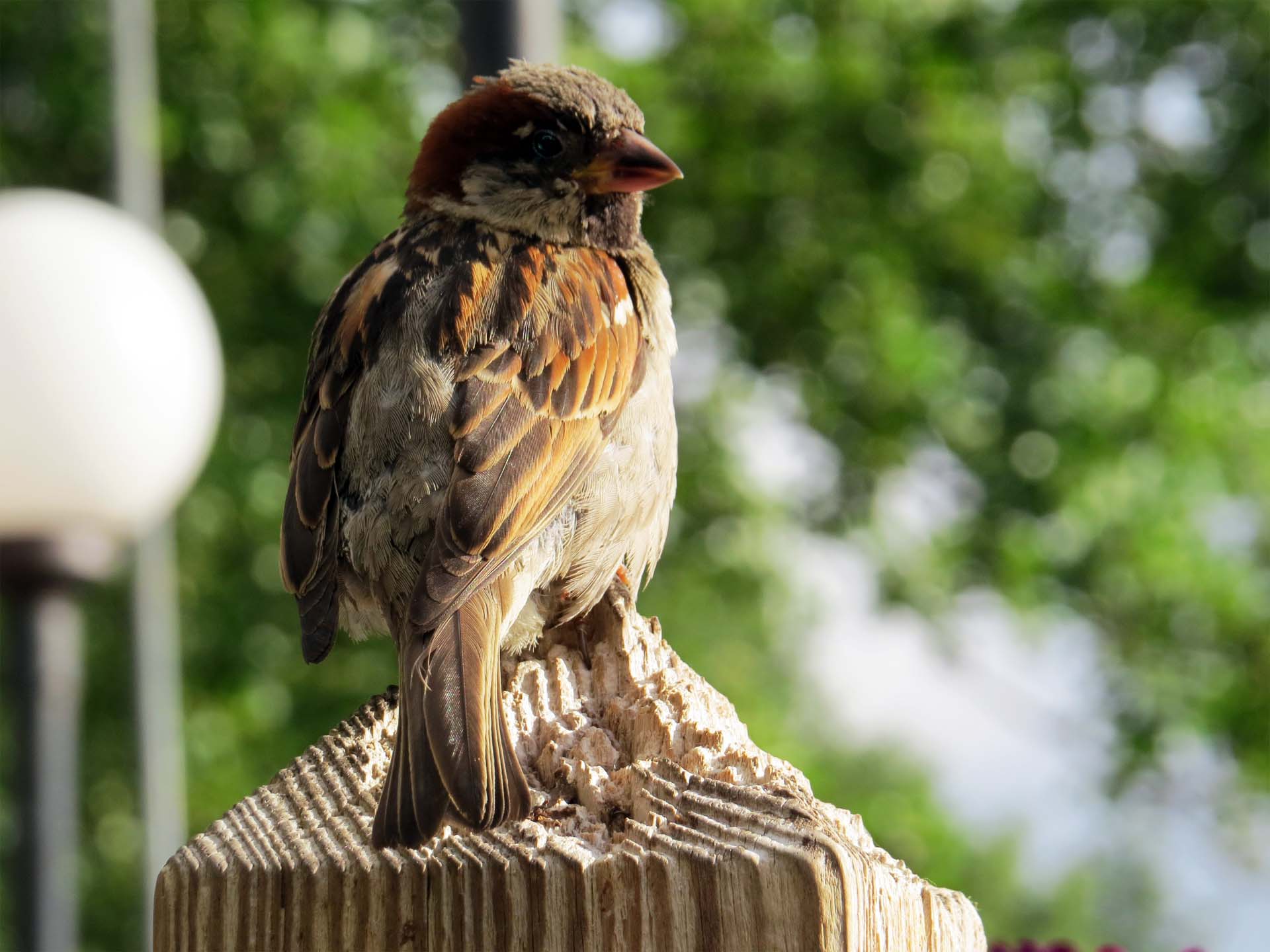 Jack Sparrow taking an interest in my fika in the sunshine at Villa Bellparc on Saturday 28th June 2014. I published it three days later on 1st July on my now slumbering daily photo blog GBG365.

Sparrows may be flying vermin – or small pirates – but Jack here takes a nice photo.

Jack Sparrow’s head is ever so slightly out of focus, but the feathers of his body are very clear and fascinating to look at I think. Here’s a close-up. 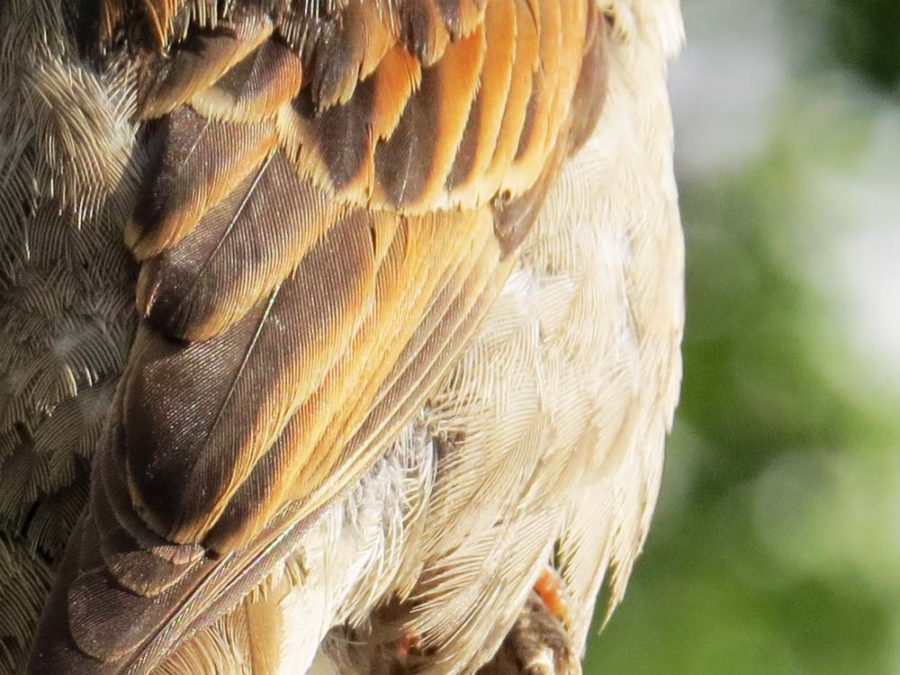 Sparrows – so Wikipedia tells me – don’t have a generic nickname though the Tudor poet John Skelton wrote a poem about Phillip Sparrow. (Phillip is a tame sparrow, killed by a cat and mourned by his mistress Dame Margery.) Still, I chose to call this sparrow Jack. It wasn’t a conscious choice, but I was no doubt influenced by Johnny Depp’s character in the Disney films about the Pirates of the Caribbean.

It turned out to be a “clever” choice in terms of luring people to visit my website when all they really wanted was to find the pirate Captain Jack Sparrow. And now – in the immortal words of the song – Oops, I’ve done it again.
🙂

(By the way, a Swedish fika is at one and the same time a coffee break and something to eat with a cup of coffee – and despite what this website says, socialising is optional. Oh, and the word itself is a metathesis, fika comes from kafe > ka-fi > fi-ka > fika. Not many people know that.)