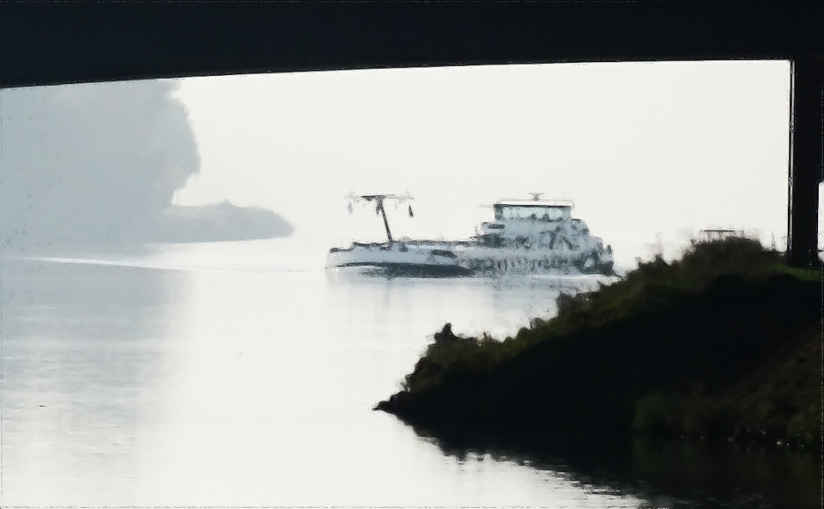 Maastricht in the Netherlands – a photo essay and a wander through this charming, picturesque little city in company with Mrs SC and TheSupercargo.

I wrote last time that I went through a bit of a dark patch in October and November, but even in the dark there can be flashes of light. At the end of October we celebrate Mrs SC’s birthday. It can be hard to wrestle the time from her schedule, but last year we managed four days in Florence. This year we pulled an overnighter in Maastricht.

This little Dutch city on the Maas river (downstream from Belgian Liège where the river is the Meuse) claims to be the Netherlands’ oldest. Apparently there’s a dispute with Nijmegen. It’s probably best known today – for those of us outside Benelux – as the city that gave it’s name to the Maastricht Treaty of 1992. That was the treaty that established the European Union and the euro as a currency. Which probably puts Maastricht near the top of the EU-haters’ hit-list.

A shame if true. It’s an appealing little city – or at any rate the centre is. But even the docks and factories by the side of the river, run-down or disused now, have a picturesque charm in the autumn sunlight.

Walking around the centre, you can see how the city grew. Maastricht was awarded its city charter in 1204, and immediately started building protective walls. This gate proudly displays a date – 1229 – making it, I suppose, one of the earliest city gates. It’s called the Helpoort – the Gate of Hell, though it looks fairly innocuous now.

Clearly a wealthy city, like Brussels and other places in the area Maastricht outgrew one ringwall after another. There are well-preserved remnants of city walls from various periods inside the city, incorporated now into the structure of the town.

A detour to Eupen

We reached Maastricht in the afternoon on Saturday 29th after an adventurous train journey. Not so adventurous really, just that we missed our stop to change for the Maastricht train. It meant we took a detour through the surprisingly hilly country towards Eupen before the ticket inspector put us right. The history teacher in me was interested to see Eupen. The victors after the First World War granted this largely German-speaking area to Belgium in reparations. Nazi Germany took it back in 1940, but Belgium regained it in 1945.

That first day was overcast and dull. Not great photography weather – especially not from a moving train. It was better in Maastricht. In the Vrijthof, a big, light, open square, lots of people were standing around or sitting in pairs looking one another in the face. Hand-draw signs asked “Where has the human connection gone?”

It was a manifestation – or an installation – or perhaps just a happening. On Facebook when I checked later it was billed as The World’s Biggest Eye Contact Experiment.

We stayed not far from the Vrijthof at a little hotel on a street called Achter de Molens (Behind the Mills). There’s a restaurant, Le Petit Bonheur, in the same building which seems popular. At least, there was a late-night party going on there the night we stayed. Hallowe’en, of course. But it really didn’t disturb us because we were out exploring the town by night and drinking in a local bar – Peter’s Café.

The following day, though, the autumn sun came out and we took a long photo-walk through the old town. The sun and the turning leaves made Maastricht even more attractive.

At the newest gates to the old city (I think they date from the 16th century), the Jecker, a tributary of Maas, was once canalised into a moat. The Jecker is still here, and the moat, to the delight of quite a variety of water birds. And one or two photographers.

A little beyond, we crossed the Maas by the modern pedestrian and bicycle bridge, the high bridge – Hoge Brug. On the the far bank, Wyck seems to be an early suburb of Maastricht.

There was some sort of a local food day in preparation in Wyck. This whole street, Rechtstraat, was blocked off and filled with a laid table. But not, at the time we passed, with any food. The sign advertises “La Saison Culinaire de l’Euregio”. The Euregio turns out to be a local cross-border region covering this part of the Netherlands and adjacent districts in Germany. It’s been building cultural links (and other links) here since 1958.

I must share this picture that suggests there’s a sold front against direct advertising in Maastricht. I saw many letter boxes – or letter slots perhaps – where the home owners made it clear they didn’t want advertising or free publications. Nee! Nee! and Nee! Nee! But this house had the best contrast between the Nees and the surrounding material. I should add – in the interest of balance – that I did see the very occasional Ja! but never in a context that made it easy to photograph.

One final picture. This is a representation of the typical Wyck resident. That’s how I interpret sculptor Frans Carlier’s title “De Wiekeneer”. A stoic citizen who strides on his way though the sharp wind off the Maas cuts like a knife. Though I may be reading more into it than I should.

All in all it was a very nice short break, though we didn’t see everything that Maastricht has to offer. There is said to be a fine collection of early Dutch paintings in the Bonnefantenmuseum, but it was closed when we came by. Perhaps another time. It’s only a couple of hours away.

(I find myself saying this rather a lot nowadays, but there’s always somewhere new to visit instead.)

2 thoughts on “A couple of days in Maastricht”