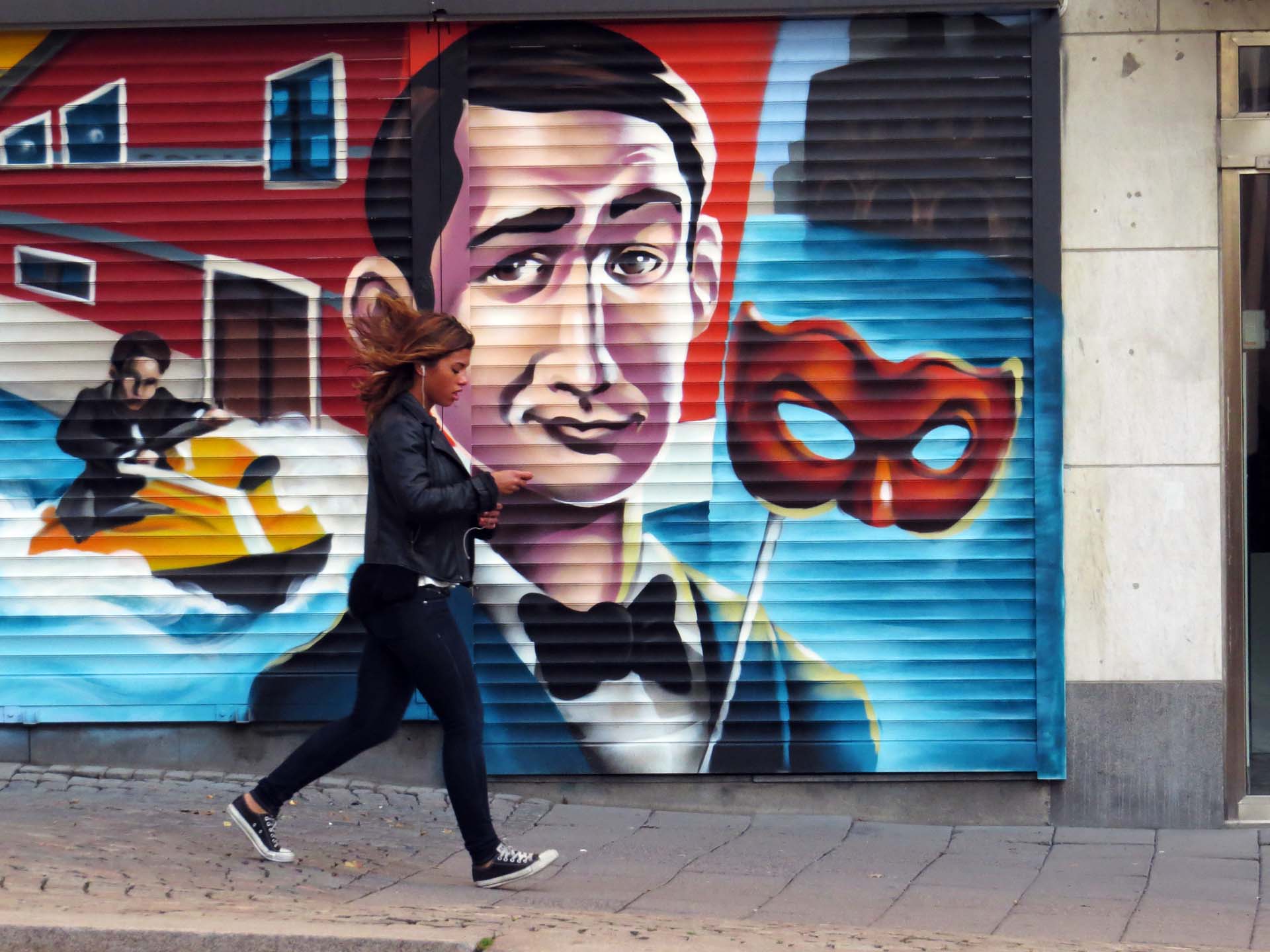 Made to look like street art, this is an advert for the mobile telephone service company 3 painted on the shutters of their shop on Kungsgatan. Of course, I don’t really know what subscription the young woman has. Originally posted on 12th October 2013

I took this photo the day before during the morning rush to work and school. Going through my archives I find a dozen or so pictures of passers-by crossing in front of the Man from 3. I thought this was my best then, and I still think so today. (Bearing in mind what I wrote about the photo from Linnégatan the other week.)

The Man from 3 was an advertising campaign that 3 was running in Sweden (and possibly elsewhere) at the time. The Man was a kind of amalgam of James Bond and the Man from Uncle. Mostly James Bond. There were a series of short filmed ads that pitted The Man from 3 against The Others. These were easily identified as the other major telecom providers in Sweden. This painting represents The Man in one of these films in which he escapes the dastardly efforts of The Others to slow him down as he rides his water scooter through the canals of Venice. Click here to see the ad.