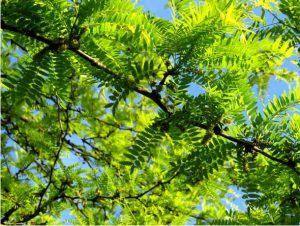 No matter how accustomed I am to photography, there are days when I can’t see anything to take pictures of. In a way that’s understandable if I’m in a new place where new impressions are forcing themselves upon me from all sides and it’s difficult to filter out the things I want to focus on. But I don’t understand why it happens sometimes when I’m familiar with a place. Unless this is an example of familiarity breeding indifference.

I’m not sure which of these two perspectives was influencing me the other day, but I decided I didn’t have any intention of indulging my reluctance. I took the camera, I went on a walk and I forced myself to do one of those basic photography school exercises. You know the one: set yourself to take a photograph every 100 paces. Walk, count your steps, and when you get to 200 (because two steps make one pace) stop and take a picture. It doesn’t matter what – just take it and then walk on. 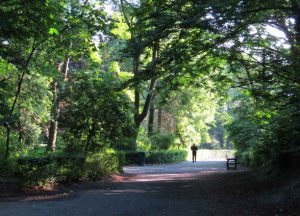 After a while – after five or seven photographs – you begin to see things that may be worth photographing. After 20 or 40, you find you’ve had a walk and you’ve got a collection of images, some of which may not be so bad. Of course, you don’t know until you get home and look at them.  And when you do, inevitably, you realise you don’t want to share even half. But perhaps there are few with something interesting about them. Perhaps there’s one or two that are really not bad.

Photography in the parks 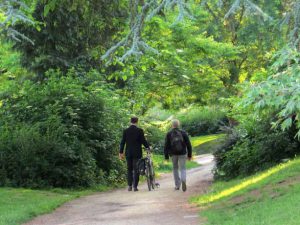 So it was, again, for me. I walked through the two parks that are nearest to where I now live in Brussels. One is Duden Park, which used to be an enclosed Royal Park. It was given over to the people of Uccle sometime in the late 1800s. The other is Vorst Park, which I think is all that remains of a forest since that’s what “vorst” means. (And yes, the French name is Parc de Forest so my linguistic achievement here is even more underwhelming than it may seem at first.) 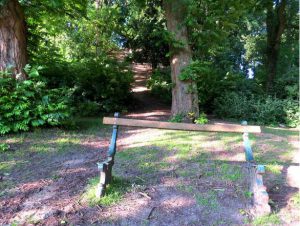 There were people out jogging in the morning air or walking their dogs. People companionably talking with one another or consulting their mobile telephones. There was one homeless man just waking up from the bed he’d made for himself on one of the benches. And another bench without any planks to sit on.

Park workers setting out for work.

A bust of bad King Leopold II gazing arrogantly at the dome of the eternally under renovation Palace of Justice. He ordered it built and a whole working class district of the city depopulated in order to make space for it.

There was the sun on the trees, on leaves green against the blue sky, on the facades of the houses over beyond the edge of the park. 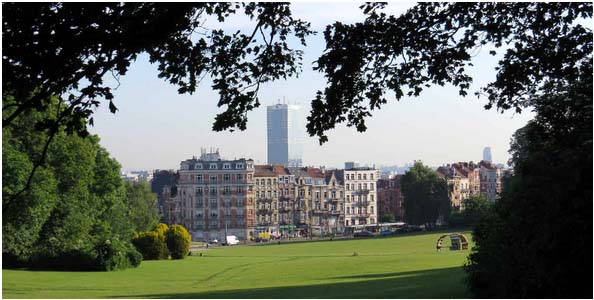 And at the end of it all there was a certain peace and a feeling of accomplishment. And a few photos to illustrate this post. 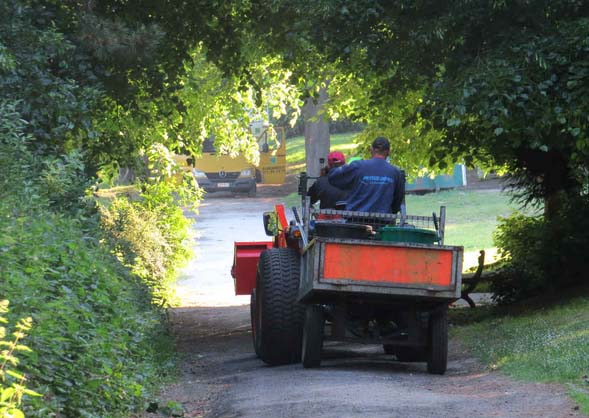