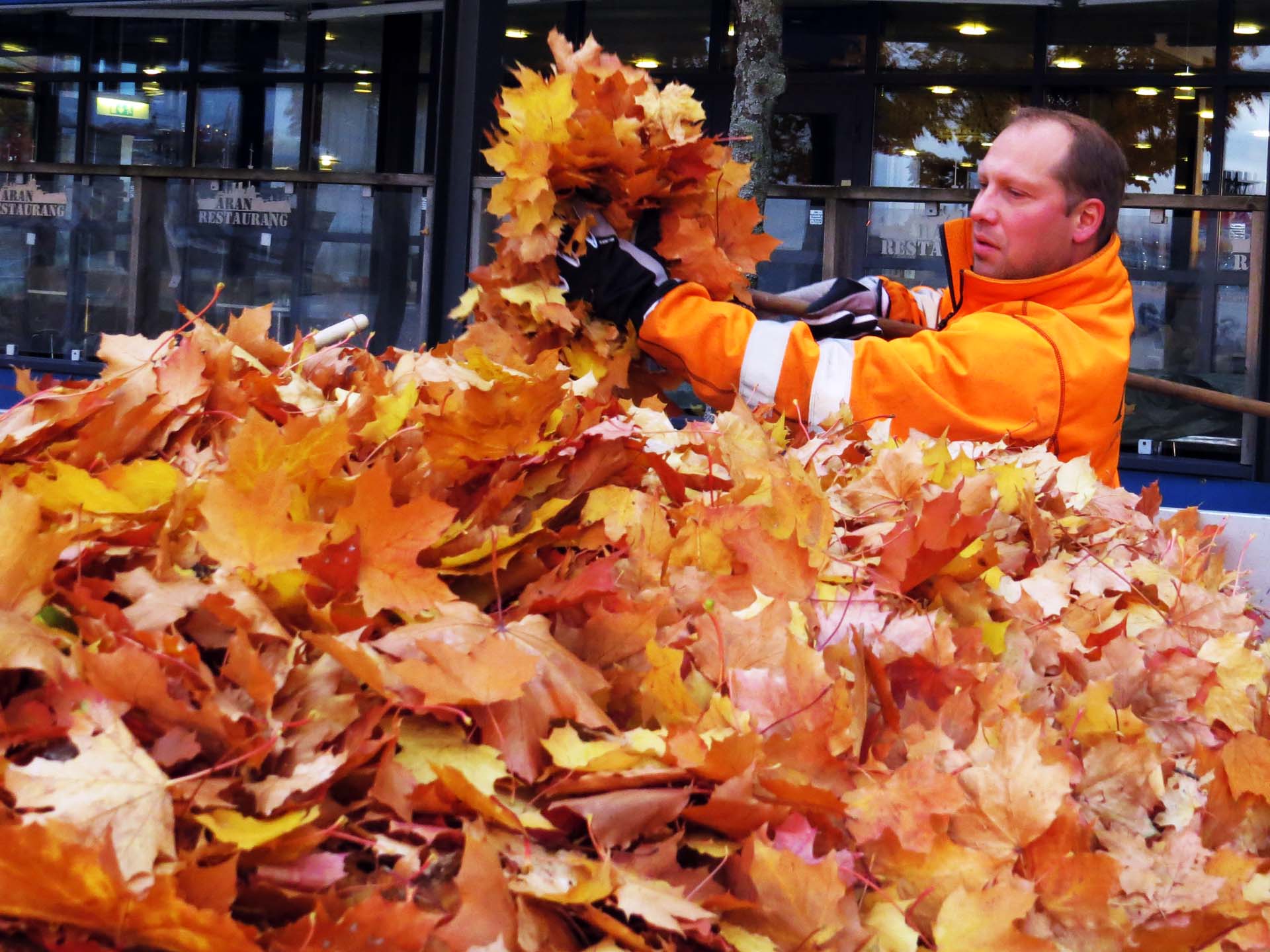 What more typical autumn work can there be?

This council worker was clearing fallen leaves from under the ornamental trees near Chalmers Technical University’s Lindholmen campus on 16th October 2014. I asked, and he kindly said I could take some photos. This picture originally appeared at GBG365 the following day.

Below you can see another from the same shoot. Sadly the light was not great and the gentleman’s face was out of focus. Also, though he’d given me permission, I don’t think he was really comfortable about being photographed. Or perhaps he just didn’t enjoy this part of the job.

When I was publishing a daily photo from Gothenburg 2012-2014 I made sure to go out with the camera whenever I could. Still, it’s a little dispiriting looking back through my old photos to realise how very dull the weather must have been at this time of the year. Not just in one year, but in all the three years 2012-2014. (It’s pretty dull today too.) Things are different when the sun is out, also once the temperature drops significantly and we have some frost to brighten and add interest. 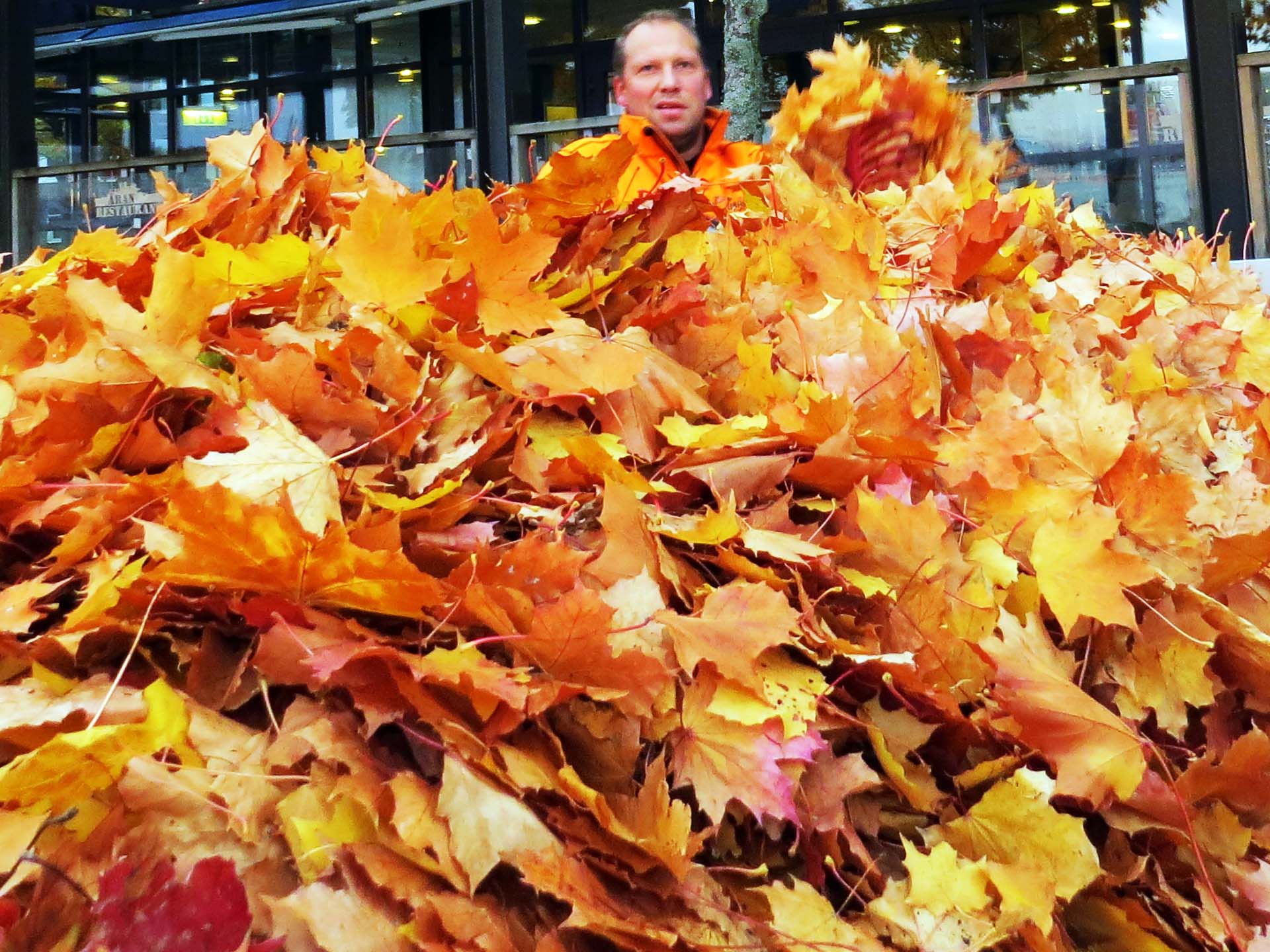