I’m sitting in the laundry – launderette – waiting for the washing machine to finish its cycle and holding a book of poetry in my hand. I’ve just been reading some poems by John Donne and George Herbert. There’s a small mirror set in the wall above the mangle and it snags the corner of my eye. I have a sudden feeling of déjà vu. My 21-year-old student self looks out of the mirror at my 56-year-old self looking in. 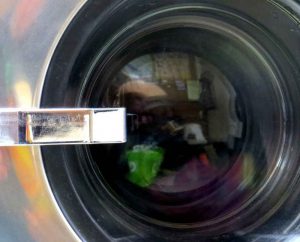 Obviously, I wrote that paragraph in the present tense for dramatic effect. I’m actually remembering something that happened yesterday. That’s what we authors are like, you know. Untrustworthy. Playing around with space and time. Looking for a higher truth – a truth beyond truth – in fiction.

“We authors.” How it trips off the tongue; how it slips off the keyboard.

But to get back to my original point, 35 years on I find myself still reading 16th century poetry and still washing my clothes in a coin-operated laundry. Of course, this time around I had first to work out how to get change to buy the jetton – the token I need to operate the machine. The jetton dispenser refuses to accept my euro coins one after the other. It spat them back out at me with a derisive Francophone clatter in the little metal bowl at the bottom of the dispenser. (“I reject your proffered coins, English pig-dog! I blow my nose in your general direction, you son of a silly person.”) It’s not until I remember the old student trick of putting a little spit on the coins to make them “sticky” that it finally gives in and issues me a token.

Then I put the token in the wrong machine and have to start the whole process over again. This was an expensive wash.

Wasn’t it Marx who said that history repeats itself, the second time as farce?

I’m rather hoping that we will receive our new washing machine next week. And that the people who deliver it will actually be able to plumb it in for us. Then I won’t have to spend much more time trying to wash clothes in what are, frankly, quite disgusting looking machines. The soap compartments at any rate look as if they have very advanced, even mature, mold cultures growing in them.

Why am I reading 16th century poetry? I’m glad you asked that!

It’s for Elin’s Story, my historical novel. I’ve decided to try and find one or more poem for each of my characters. The idea is that it will help me give another dimension or a greater depth to my characters if I can associate them with a poem (or poems) from the period. I’m looking for things which tell me what people might have thought about, what stories they might have been interested in, how they might have been aware of nature. Perhaps even phrases they might use. Just as with modern pop songs an awful lot of the poetry is about love and sex. But in amongst all that there are also celebrations of the natural world, philosophical meditations, children’s rhymes and traders’ street cries, prayers, charms and spells.

One of the books I’m looking at (obviously not the one I took with me to the launderette) is the Penguin Book of Women Poets. This includes poems from the 15th, 16th and 17th centuries from different countries of the world in modern translation. There is a wonderful series of short, acerbic aphorisms written by a Greek Orthodox nun in Constantinople the generation before the city fell to the Turks. Her verse will add something to the character of Ingeborg, Elin’s aunt. There is also an angry poem by a Venetian woman (who also happens to be “an honest courtesan”) who has been jilted in love. Some of the things she threatens to do to her two-faced lover give me ideas for Johanna, one of the Princess Cecilia’s maids.

Anyhow, that’s what I’m doing with myself nowadays. Looking for some sort of order in my daily life. Struggling with Francophone machinery. Looking for character hints in old poems.

And doing the washing – obviously! 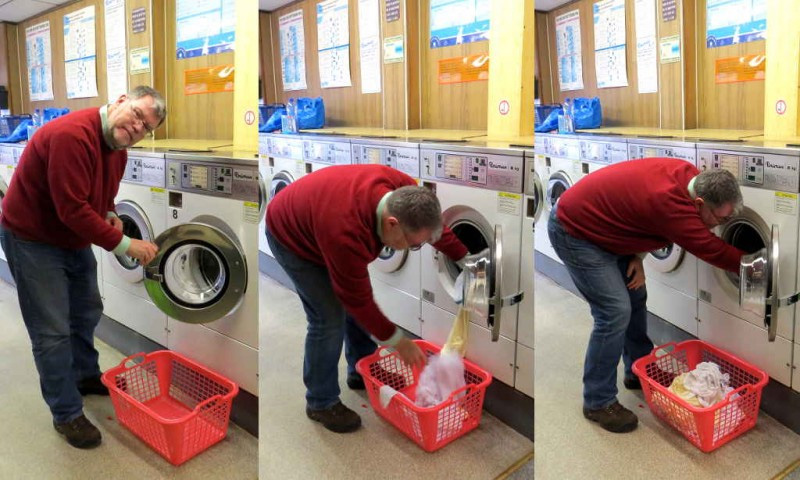 For a larger version of the illustrations, go to this post on Ello.

4 thoughts on “In the laundry”