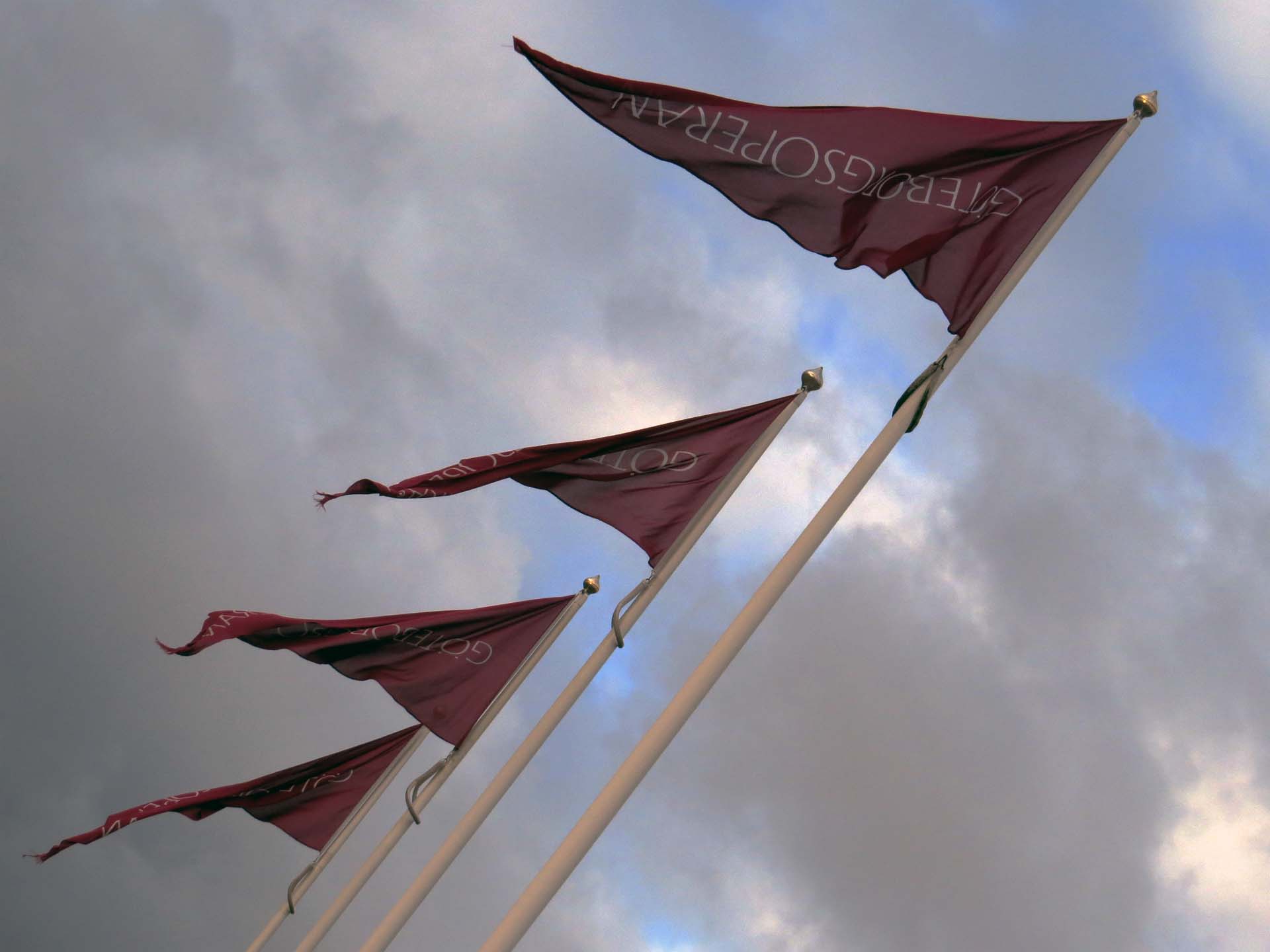 Is Gothenburg’s opera in distress? I originally posted this photo on 23rd August 2014 at GBG365.

Gothenburg’s opera house stands by the river near Lilla Bomen, a little off from the city centre. According to it’s architect, Jan Izikowitz, he designed it to be reminiscent of a ship, a seagull’s wings, sails filled with the wind… Gothenburgers are divided about all of that. (Also the Paddan tour guides who enjoy passing comment on it.)

I suppose every big building can be supplied with flag poles, but it’s possible the architect’s nautical theme is carried on by the opera’s nest of flagstaffs. Usually, as here, they fly the Opera’s pennants. If you look closely at this picture, though, you’ll see something a bit odd. The pennants are all upside down. The international sign of distress is to fly your flag upside down so, is Gothenburg’s opera an opera house in distress? Because it cannot be that someone raised all four of these upside down accidentally. Surely?

I still wonder about this.

Below, you’ll find an animation made of photos I took at the same time as the Photo of the Week. Nearby the opera house are some (rather distressed) distorting mirrors. I thought it might be fun to take a picture of the opera’s reflection. But there’s a bicycle path between the mirrors and the opera, so I kept catching bicyclists. Yesterday evening as I was preparing this post, I spent a silly amount of time making this GIF. And because of all the time I wasted on it – I’m inflicting it on you now. Enjoy!
🙂